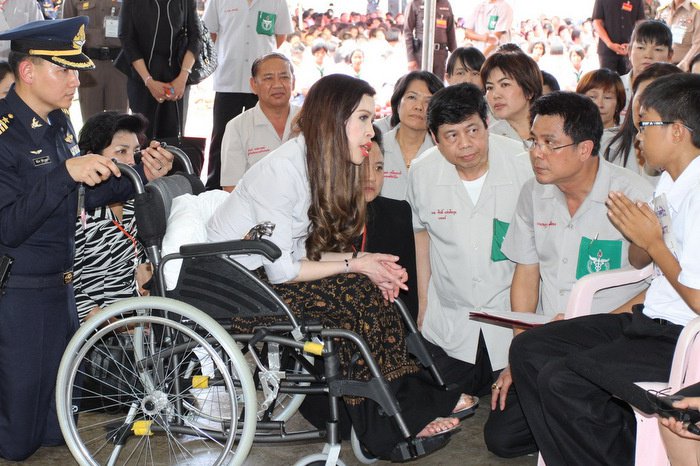 PHUKET: Security will be ramped up across the island during a royal visit by HRH Princess Chulabhorn Valayalaksana to Phuket next week.

Princess Chulabhorn will arrive at Tessaban 2 Baan Kathu School at 1:40pm on April 26 as one of the final stops during her tour of Princess Mother’s Medical Volunteer Foundation centers in Krabi, Phang Nga and Phuket, from April 20-26.

The order to boost security for the royal visit was issued by Phuket Governor Nisit Jansomwong, reported the Public Relations Department Phuket Office.

In 1969, the Princess Mother, Her Royal Highness Princess Srinagarindra Mahidol, set up mobile medical teams to provide volunteer services, during off-duty hours, in health care and preventive medicine for people in border and hardship areas.

These teams are organized by the Princess Mother’s Medical Volunteer Foundation. All the participants are volunteers (details here).

During her visit to Phuket in 2011, Princess Chulabhorn granted much-needed specialist medical care to three Phuket residents who would otherwise not have received the treatment they needed (story here).

Further details of Princess Chulabhorn’s visit to Phuket have yet to be announced by the Public Relations Department Phuket Office.