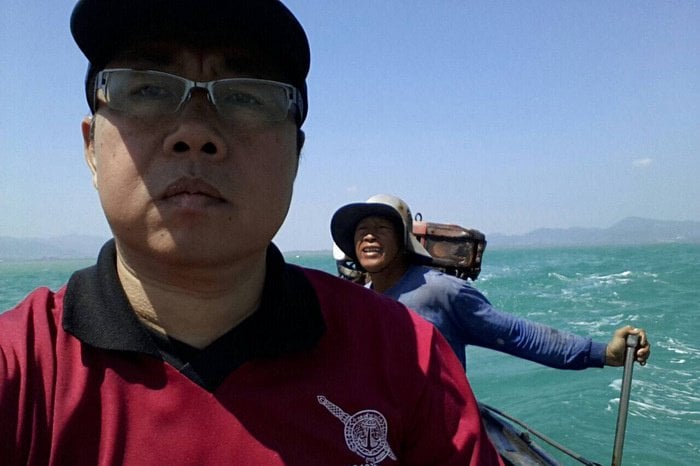 Here, he talks about how Phuket handles illegal migrant workers and the human-trafficking trade in the island’s fishing industry.

PHUKET: Phuket Marine Police are targeting human trafficking victims that are being tricked, forced or conned into work and being obstructed from obtaining basic human freedoms or being treated violently at work.

Migrant workers do have the right to deal with placement agencies that can secure them legal work in the fishing industry.

However, those agencies must guarantee these people a safe work environment and minimum wages.
The human trafficking issues in Thailand’s fishing industry are mostly not derived from Phuket. Most migrant workers, about 90 per cent, in the fishing industry here have legal working documents.

Additionally, most of the fishing boats here only go out for a short time; some go out for one day, while others go out for a maximum of a week. Our situation is much different than that in the Gulf of Thailand, where many fishing boats take trips to places as far away as Indonesia.

These trips take many months to complete; the risk of human trafficking is much higher in these situations.

During long fishing expeditions, it is possible that people can be brought on board and forced to work, as they have less of a chance to escape the situation. This is a serious problem, which is why we must patrol and inspect fishing boats operating all of Thailand’s territorial waters.

The majority of the workers based in Phuket ports have mobile phones and regularly have reception, which means they are able to contact their families and the police, if necessary. If they have any problems, they are usually able to sort them out themselves.

The main issue we handle is when legal migrant workers are trying to get out of a contract, because they are either unwilling or unable to do the work – sometimes this can be due to something as simple as sea sickness. In these situations, we step in and help negotiate the situation to allow for the worker to return home.

Human trafficking can be divided into two categories: the sex trade and labor.

Thailand was recently ranked by the United States State Department in its Trafficking in Persons (TIP) report as among the worst for human trafficking, despite the nation’s recent efforts to counter human trafficking as ordered by the National Council for Peace and Order. The nation received this ‘Tier 3’ rank because it had failed to take steps to prevent human trafficking from taking place.

Thailand is now trying to take action against the illegal trade. We want the world to know that we take the human-trafficking problem seriously, and we hope that this is being made clear through our current efforts.

We hope that this move to stem the tide and eventually rid Thailand of human trafficking will result in our Trafficking in Persons status to be upgraded.

Opinion: By land, air or sea – embarrassment for all