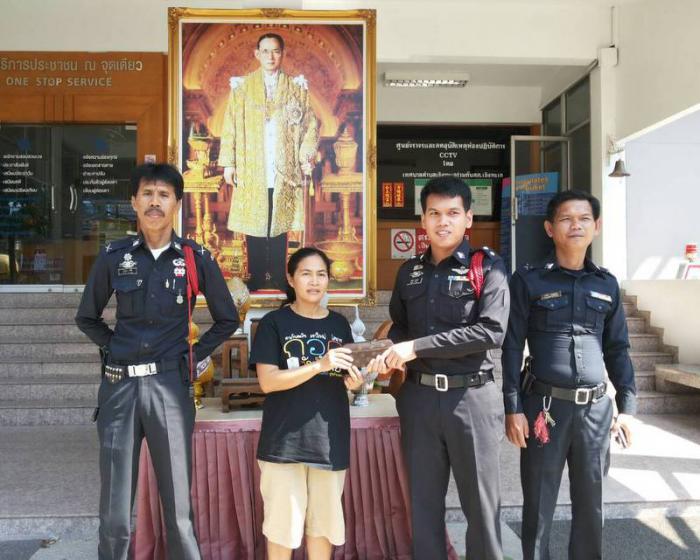 PHUKET: A Phuket restaurant owner saved the day for a woman who left behind her entire month’s living allowance in a motorcycle basket Sunday morning.

“Pradit Samohthong came immediately to the station and left the wallet, so it could be returned to its owner,” said Lt Peerasit.

Police located the wallet’s owner, Mukda Klongklaew, at her home at about 10:45am.

“I went to the store at about 9:30am to buy some food. I put my wallet in another basket to organize my things. I left without thinking about picking up my wallet,” Ms Mukda said.

“I came back to look for it once I realized it was gone, but couldn’t find it. I did not know what to do. I started crying – it was all the money I had left for the month.”

Ms Mukda was delighted when police told her that her wallet was at the station, Lt Peerasit said.

“Mr Pradit had already left the station when I got there. Police gave me his number and told me he owns Subaida restaurant in Kamala. I am going to see him there and thank him in person,” said Ms Mukda.