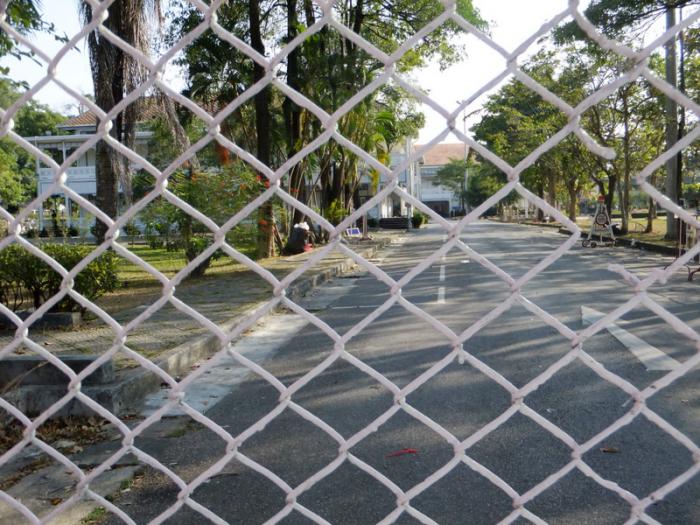 “As I told you on Saturday, the stage in front of Provincial Hall will remain standing until I receive word from Bangkok to dismantle it,” said Phuket protest co-ordinator Amnuay Kumban (story here).

“It is not possible for us to allow the building to open, as the Bangkok government complex in Chaengwattana is still shut down,” said Mr Amnuay.

Although Mr Suthep called for all protesters to centralize their efforts at Lumpini Park, the supervisor of the protest site at the Government Complex on Chaeng Wattana Road did not dismantle his stages.

Mr Amnuay confirmed that he and other protesters are continuing to monitor the situation in Bangkok.

Despite the closure of Provincial Hall, officers confirmed yesterday that they are still performing their duties as normal.

“Provincial Hall is closed due to the protesters’ request, but officers are still doing their jobs outside of the office,” said Vice Governor Chamroen Tipayapongtada.

“Many meetings are planned to go ahead as scheduled, but will take place in other government offices.”