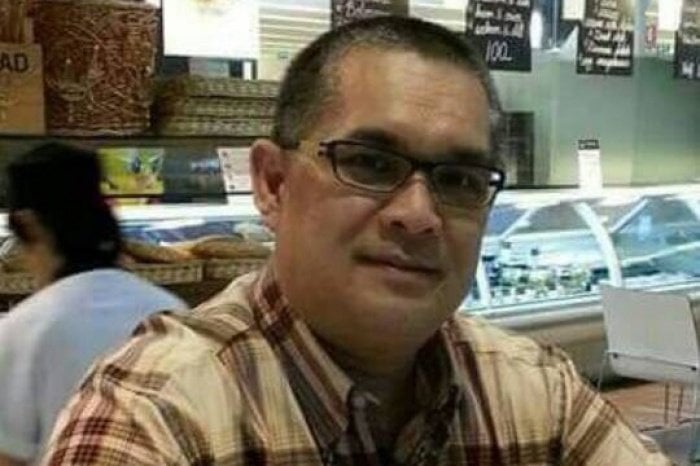 PHUKET: A local reporter for the Phuket Daily News and Siengtai newspaper was killed in a car crash in Surat Thani on Tuesday night.

Amnuay Korbkum, 46, a well-known member of the Phuket Reporters Club, was travelling from Phuket to Surat Thani to visit his father in hospital when the accident occurred at about 9:50pm.

“Panupong Sukaoon, Mr Amnuay’s brother-in-law, was driving. We believe he tried to overtake a van on the left and smashed into the back of an 18-wheeled truck,” explained Maj Daecho Khongsuk of the Baan Na Doem Police.

Mr Amnuay had already been rushed to Baan Na Doem Hospital by the time police arrived.

“Mr Amnuay died upon arrival at the hospital due to the serious chest injuries he sustained in the crash,” Maj Daecho said.

Mr Panupong is currently recovering at Baan Na Doem Hospital from head injuries sustained in the
accident. He has been charged with reckless driving causing death and will be questioned further by police once he has recovered, Maj Daecho confirmed.

“He was a very good man. He helped us with everything, especially the news,” Boonrat Apiwantanakorn, president of the Phuket Reporters Club, told the Phuket Gazette yesterday.

“He always supported events and never hesitated to help anyone who needed it.

“We were all very sad when he died.”

Mr Amnuay’s funeral will be held until tomorrow in Surat Thani at Wat Boon Banthoeng.