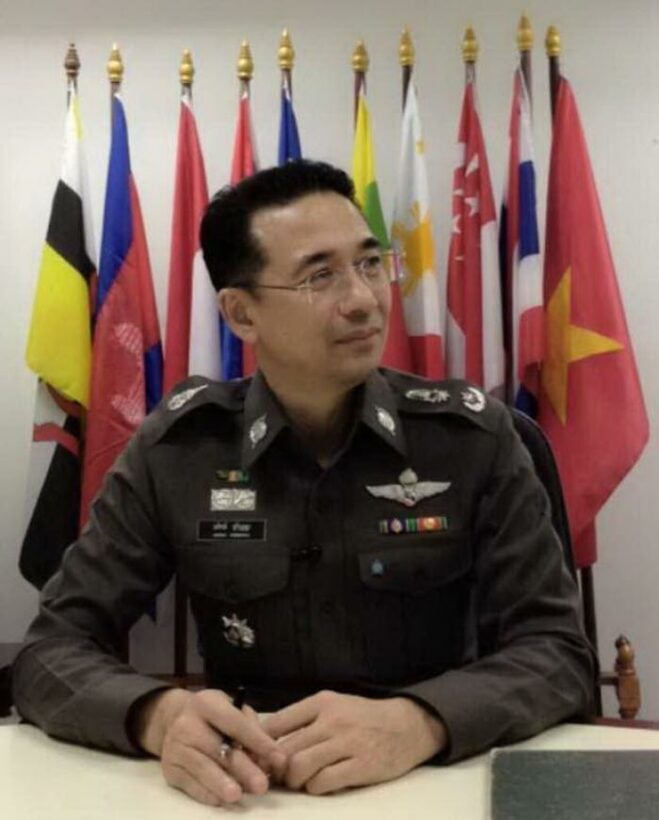 PHUKET: Nearly one-third of rental shops in Patong have started to send photos of renters’ faces and passports to the Interpol branch in Bangkok via the messaging application Line in an effort to identify stolen passports and protect against passport theft on the island.

The push for tighter security follows the news that two passports stolen in Phuket had been used to board missing Malaysian Airlines Flight MH370 one month ago (story here).

In response, 23 out of 80 rental operators in Patong have joined the Line messaging group (story here) through which they send pictures of renters and their passports to officers in Bangkok.

“Getting this information allows us to check for the use of fake and missing passports, and could eventually lead us to an organized crime network,” Gen Apichat explained.

“Asking operators to photograph renters also should help ensure that passports are returned to the correct person, and having the information in our database means we can use it later in the event of a problem.”

Gen Apichat, along with many other officers, said police are powerless in preventing rental operators from continuing to hold tourists’ passports as collateral (story here).

“To my knowledge, there is no law in Thailand prohibiting foreigners from handing over their passports to another person as per their own agreement. We can only launch a campaign to raise awareness among rental operators against keeping the documents as collateral,” he said.

“Although we do not support holding customers’ passports [as collateral], we have to understand that operators take a risk when they rent out their property to strangers.

“Operators, aside from sending photos to Bangkok, need to make sure that information on the rental contracts is thoroughly filled out, including the renter’s name, nationality and address in Phuket. They should also call the hotels to make sure the customer is staying there.”

Another part of the solution is providing Patong Police with Case Management and Intelligence System (CMIS) software, said Gen Apichat. Phuket already has two locations with the software: one at Phuket International Airport and the other in Phuket Town.

“This software contains information about every wanted criminal in the Interpol database throughout Interpol’s 190 member countries. It can search passports in the system by name, telephone number or any relevant information about the person. It can also match the face to the name,” Gen Apichat explained.