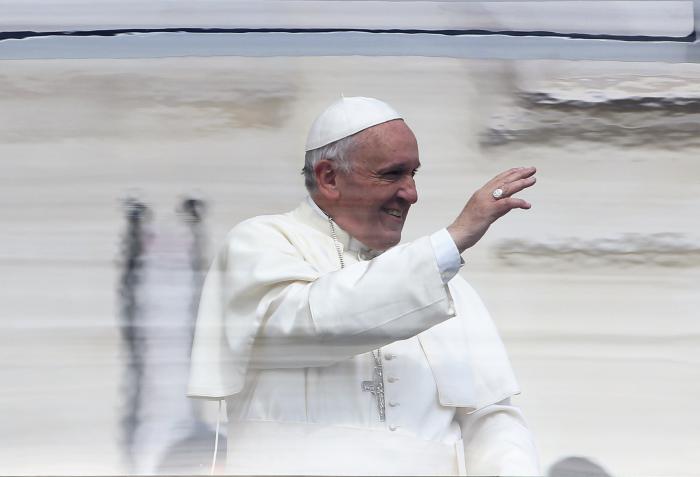 PHUKET: Pope Francis made his first public plea for forgiveness on Friday for the “evil” committed by priests who molested children, using some of his strongest words yet on the Roman Catholic Church’s sexual abuse crisis.

The Argentine-born pontiff said the Church, which last month named a high-level group on the scandal including an abuse victim, had to take an stronger stand on a scandal that has haunted it for more than two decades, and indicated there would be repercussions for perpetrators.

“I feel compelled to personally take on all the evil that some priests – quite a few in number, (although) obviously not compared to the number of all priests – to personally ask for forgiveness for the damage they have done for having sexually abused children,” he told members of the International Catholic Child Bureau.

“The church is aware of this … personal, moral damage carried out by men of the church, and we will not take one step backward with regards to how we will deal with this problem, and to the sanctions that must be imposed.

“On the contrary, we have to be even stronger. Because you cannot interfere with children,” Francis said in unscripted comments as he addressed the children’s rights body.

The comments, originally in Spanish, were translated by the Vatican Radio news service.

Francis did not specify whether “sanctions” would be church-enforced or involve civil justice authorities. In February the United Nations Committee on the Rights of the Child accused the Vatican of systematically turning a blind eye to decades of abuse and attempting to cover up sex crimes.

The scathing report urged the church to immediately hand over its records on the abuse of tens of thousands of children, immediately remove anyone suspected of abuse from their post and refer the matter to civil legal authorities. The Vatican called the report unfair and ideologically slanted.

Francis’ words strike a different tone to comments he made in March to an Italian newspaper in which he defended the church’s record.

“The Catholic Church is perhaps the only public institution that has moved with transparency and responsibility. No one has done more, and yet the church is the only one that is being attacked,” he was quoted as saying by Corriere della Sera in comments decried by victims’ rights groups.

Criticism that Francis has not taken a bold enough stand on the issue, and did not meet sexual abuse victims in Italy and in a July trip to Brazil, has been a rare black spot in the overwhelmingly positive response to the pontiff in the 13 months he has been in office.

In particular, abuse groups have called on the church to discipline bishops accused of moving known child molesters from parish to parish, allowing abuse to continue.

“It’s nice to have expressions of concern. But actions need to happen, and people have been waiting an awfully long time for that to occur,” said Terry McKiernan, founder of BishopAccountability.org, which documents abuse cases.

“The best thing he could have done today would have been to step up to the microphone and announce that he is beginning to remove bishops who have behaved criminally in keeping priests in ministries where they don’t belong, moving them around so that they continue to be a danger to children.”

The Survivors Network of those Abused by Priests (SNAP), which advocates for child protection and urges greater transparency in the church, said Francis’ words should be received with caution.

“We beg the world’s Catholics: be impressed by deeds, not words. Until the pope takes decisive action that protects kids, be sceptical and vigilant,” SNAP Outreach Director Barbara Dorris said.

“This may be the first time a pope has talked of sanctions against complicit bishops. But that is all it is: talk.”

Under Francis’ direction, the Vatican announced in December the creation of a new dedicated group to help the church deal with the abuse crisis. Its members were named in late March.

The body of clerics and lay people includes Marie Collins, a survivor of abuse in Ireland in the 1960s who has campaigned for the protection of children and for justice for victims.

Collins, a founding trustee of the Irish abuse victims’ organisation One in Four, has in the past pushed for punishment for bishops who failed to implement church rules on the protection of children.

Child abuse litigation has cost the Catholic Church some $3 billion (1.7 billion pounds) in settlements in the United States alone, and shaken the moral authority of leaders of the world’s largest religious denomination.