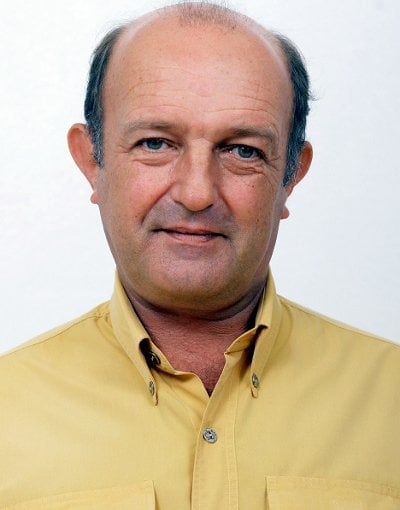 PHUKET: Peter Kraus, Chief Financial Officer and co-founder of Engel & Volkers (Thailand) and a former long-term resident on Phuket, died at 9:15pm last night after a long battle with cancer.

Highly regarded as an expert in his field, Mr Kraus at one time owned the Supper Club at Tinlay Place at the entrance to the Laguna complex, before he and his wife Duangjai moved to Australia.

The couple returned to Thailand four years ago to launch the nationwide Engel & Volkers property franchise with their first office in Hua Hin, where they made their new home.

After setting up the Engel & Volkers headquarters in Bangkok, the couple opened the Phuket office about two years ago.

Mr Kraus, originally from Germany, is survived by his wife and five children.

Ms Duangjai, managing director of Engel & Volkers, is also well known and highly regarded in Thailand’s property industry. She was one of the keynote speakers at the AMCHAM (American Chamber of Commerce in Thailand) seminar in Phuket late last month.

“He will leave a great vacuum for all who have known him and we will always remember him as a fair, honest and generous man.

“Our deepest sympathies are with the grieving family and friends,” said Kritikar Thananan, Marketing & Relationship Manager at the Engel & Volkers head office in Bangkok.

For friends wanting to pay their respects, services will be held at Wat That Thong, near Ekkamai BTS Station, from today through Saturday at Pavilion 17.

The funeral bathing ceremony will be performed daily at 5pm, followed by prayers at 6:30pm.

The cremation is to be held at 5pm on Saturday.

Friends in Phuket with any questions about the services are asked to call Amy Koh, office manager of the Engel & Volkers branch in Cherng Talay, at 076-271751.