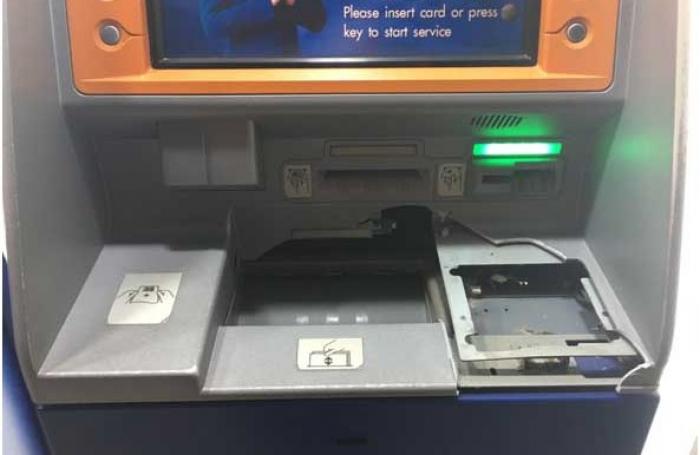 PHUKET: Police are hunting a man who allegedly damaged an Automatic Deposit Machine (ADM) at a Bangkok Bank in Patong early this morning.

Police were alerted to the incident after a local found the damaged machine near the Mae Ubon Market on Nanai Road.

“According to the witness, he saw a man leaving the area as he drove up to the bank to use the ADM,” said Maj Pattapee Srichai of the Patong Police. “When he got to the machine, he saw that the keypad had been ripped out. He immediately called the police.”

Police found remnants of the broken keypad in a nearby rubbish bin.

“We have kept the ADM pieces and are checking them for fingerprints, as well as using the ADM and CCTV cameras to identify the suspect,” Maj Pattapee said. “We hope to apprehend him as soon as possible.”

A decade ago: Trash, pies and assassinations