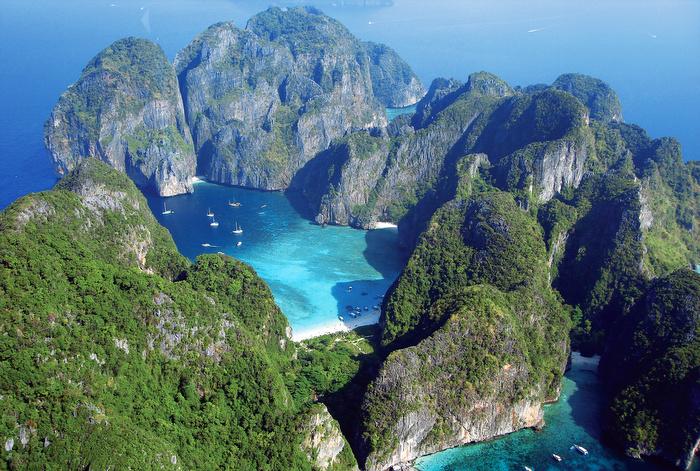 PHUKET: Officials expect to start collecting an additional 200 baht per diver in April for those plunging below the surface of the Phi Phi marine national park.

“This is not a new regulation. In the past, we had been relaxed in enforcing the extra fee in order to promote diving tourism. However, there is now more pressure on the marine ecosystem from the number of divers visiting the park, which means that it is time to start collecting the fee,” Mr Sarayuth said.

The 200-baht fee applies to all diving locations within the park. At this stage, there are a total of 18 designated dive spots (story here). The funds will be sent directly up to the Department of National Parks, Wildlife and Plant Conservation (DNP) before it is distributed nationally.

Last year, Phi Phi park officials found themselves in hot water after it was alleged that hundreds of millions of baht had disappeared during the collection of national park fees.

A two-month, national-level investigation by the DNP uncovered unnerving discrepancies in the number of visitors to the park and the actual amount of money that could officially be accounted for (story here).

Those arriving at Ton Sai Pier on Phi Phi Don are not subject to the national park fee. Instead, everyone is required to pay a 20-baht fee, which is collected by the Ao Nang Local Administration Organization (OrBorTor), which recently asked Deputy Prime Minister Adm Narong Pipatanasai for 600 million baht needed to resolve several infrastructure problems at the popular tourist destination.

The majority of the funds were for projects to stop the gushing flow of untreated wastewater into the marine park (story here).