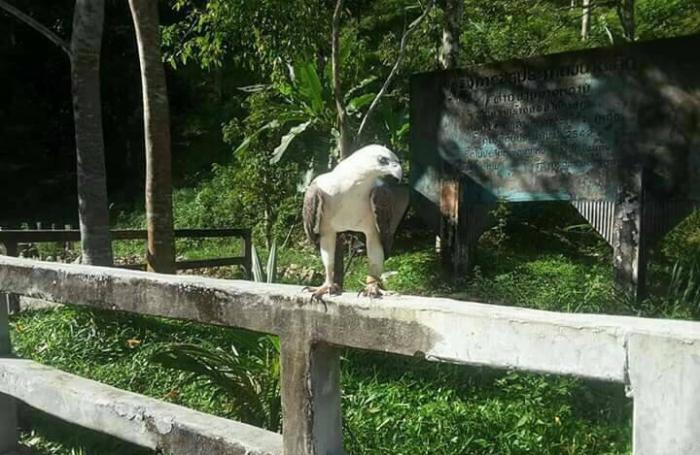 PHUKET: Officials have issued a warning to Kamala locals to beware of an eagle that has attacked four people since Sunday.

Details of the incidents were shared on social media by Seree Lapmak, deputy president of the Kamala OrBorTor.

“I believe that the eagle was either released or escaped from somewhere. There have been four injuries so far, with some victims requiring stitches. I am afraid that if officers don’t come out to catch this animal, locals will kill it,” Mr Seree posted.

“We will take care of this. However, we are requesting everyone to help catch it, if possible,” said Pongchat Chuehom, an official at the sanctuary.

“I am afraid that it may have moved to another location by now. We will try to ascertain whether it is wild or was raised by someone. If it belongs to somebody, we will find him and press legal charges,” Mr Pongchat added.