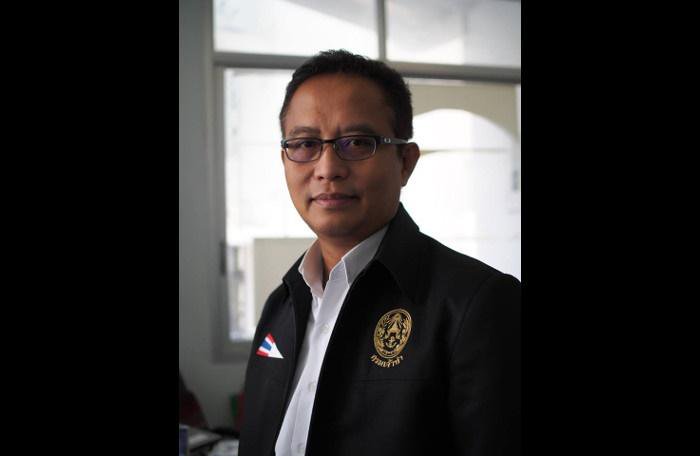 PHUKET: Surat Siriasaiyas is currently the chief of the Phuket Marine Office. He was appointed to the post after six months of Phuket having only an acting head, since ex-chief Phuriphat Theerakulpisut was transferred to Nonthaburi in February.

Here, he talks about his major concerns regarding marine safety and management in Phuket.

The hot issues in the marine industry in Phuket at the moment are public land encroachment, illegal fishing boats, and lastly, but most importantly, waste management.

We recently had a meeting with Phuket Governor Chokchai Dejamornthan about these three issues, as so far they have been very problematic for us.

First of all, let’s talk about beach and public land encroachment. It’s one of our main concerns – the governor has ordered us to keep a strict eye on it and get rid of any businesses that encroach on public land.

Late last month, we took action against a business owner who had allegedly constructed a building on public beach land in Mai Khao.

Our investigations revealed that there was some construction, including walls and a building, overlapping public land. We are now looking into it further and hope to resolve the issue soon. We are also working on several other encroachment cases at the moment.

As far as the management of illegal fishing boats is concerned, we have actually been keeping a strict check on illegal, unregulated, unreported (IUU) fishing boats for a long time now.

However, lately Phuket has become a hot spot for illegal tuna fishing boats to come in, so we have had our work cut out for us. We are doing everything in our power to monitor all foreign boats that go in and out of Phuket.

Last month, we detained seven foreign tuna fishing boats with fake nationality documents trying to enter Phuket. Based on this experience, we have strengthened our controls even further to ensure that all the required documentation is in order before we let any vessels come into our territory.

I have left the most important issue for last – waste management. A lot of concern has been raised about untreated wastewater being discharged into the sea, for instance at Surin and Patong.

As Phuket is a tourist destination famous for its unspoiled beauty and pristine beaches, we cannot afford to let this happen, or tourists will not visit anymore. I consider this as one of the most urgent issues facing Phuket.

We have been working closely with local authorities, such as the municipality office and OrBorTor, to prevent further wastewater from being discharged into the sea. Local authorities have been cooperative in this regard and many of them have improved their water treatment systems.

In addition to the above-mentioned projects, we have several other issues we have been continually working on, including jet-ski management. Jet-ski operators are aware of the policies, rules and regulations and we are keeping a strict eye on them to make sure they do not step out of line.

With regards to all the yachting and sailing events being held on the island this month, the main organizer is the Ministry of Tourism and Sports. Our duty is only to control and facilitate the vessels coming in and going out. We are doing our best to make this process as smooth as possible.