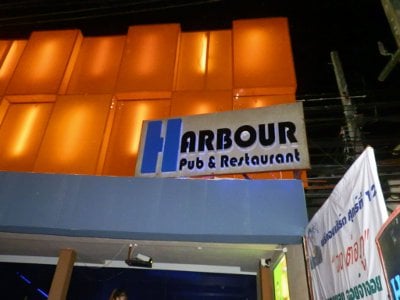 V/Gov Somkiet said the complaint cited four issues: the loud noise from the venues; illegal trading after hours; the licenses, if any; and the effect on Thepkrasattri Road traffic because the drinkers’ parked cars were narrowing three high-speed lanes down to just two, and blocked access to residents’ private homes.

“Neither Relax Live Music nor the Harbour Pub and Restaurant have the correct business licenses, so I have told the owners of both venues to close at midnight,” said V/Gov Somkiet.

“Also, the owners must ensure the noise does not bother the residents and they must resolve the traffic problem; otherwise the owners will be arrested,” he added.

“The officers are to report to him within seven days,” Mr Prapan said.

“If it is reported that the venues have not fixed the problems, the business owners will be arrested and charged with operating a business without the correct licenses and outside of an entertainment zone, for which the penalty is a fine of up to 20,000 baht or one year in prison, or both,” Mr Prapan warned.

“As I said, we did not intend to harm anyone. Our intention is to have both sides happy,” he added.