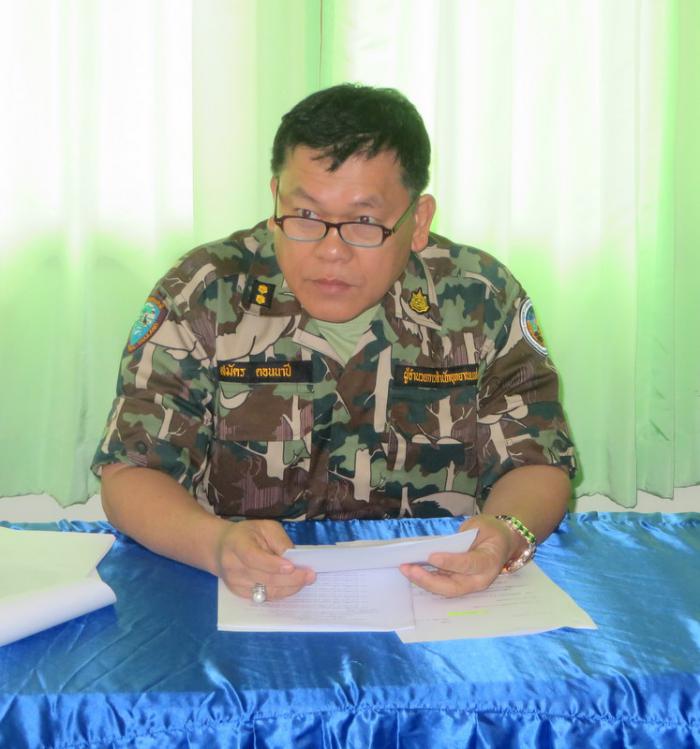 “After reviewing several land titles from owners in the area, we discovered that five chiefs signed their names, making it legal for landowners to build on land that is part of Sirinath National Park,” said Samak Donnapee, Director of the Department of National Parks, Wildlife and Plant Conservation (DNP).

Current Park Chief Cheewapap Cheewatham has been tasked with filing police complaints against the five officers.

“As part of our follow up investigation, we found one of the accused officers’ signatures on documents provided by Baan Farang legalizing expansion of the resort.”

“We inspected the resort on Saturday and found that a new, small pier had been built on site.”

The owner of the resort must present valid documents authorizing the construction of the pier within one week, otherwise the DNP will file additional land encroachment complaints, warned Mr Samak.

However, the resort owner is suing Mr Cheewapap and former DNP chief Damrong Phidet for 45 million baht, claiming that the original encroachment investigation depreciated his land value and prevented him from selling it, said Mr Samak.

Trisara Resort also remains in the spotlight. When it was first raided (story here), it was found that the Chanote for the resort land was issued in 1994, even though Chanote titles for land in that area have not been issued since 1964.

“The Chanote is signed by the current owner, with his current name,” explained Mr Samak.

“Records at the District Office show that at the time the documents were signed the owner was registered under a different name.”

The remaining resorts from the original raid (story here) are still under investigation, Mr Samak said.

The Anantara Residence construction site allegedly built a stone pathway at its entrance that is encroaching on the national park, said Mr Samak.

“At this stage we will file a complaint to get the land back and begin to investigate the land title,” he said.

Officials also inspected what they believe is an illegally built construction workers’ camp in Cherng Talay.

“We are searching for the person associated with this building site to question them about the land rights. After that, we will file the complaints for the camp and the electrical pole at the Cherng Talay Police Station.”