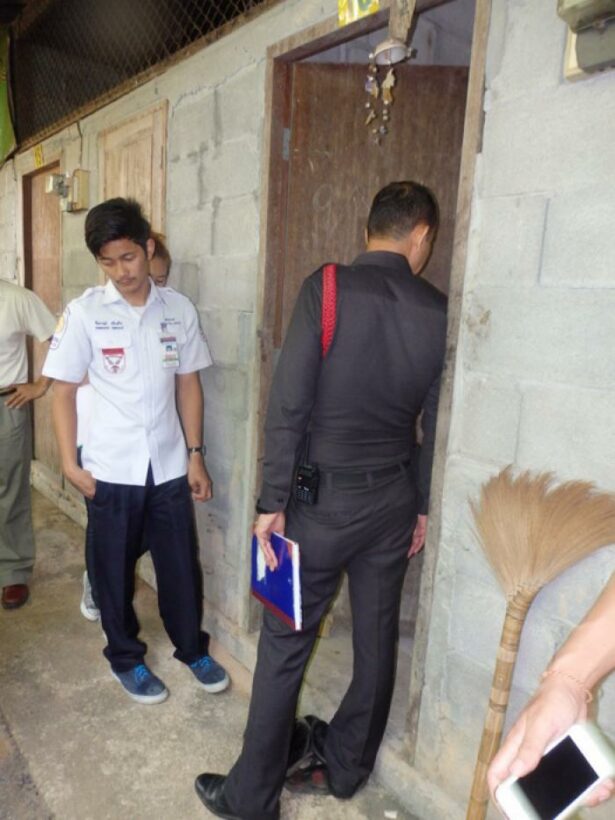 PHUKET: Police do not suspect foul play was involved in the death of a man found hanged in his company accommodation room yesterday morning.

Fong Waikru, a packer at Faktong Transport Co Ltd, raised the alarm after he discovered the body of his workmate Sompol Buayai, 39, hanged.

Mr Fong told police that he noticed the door to Mr Sompol’s room had been left open, which prompted him to look inside.

“We did not find any trace of struggle or violence when we investigated the scene, so we believe Mr Sompol committed suicide,” said Lt Suporn Muangkhai of the Thalang Police.

Police were told by Mr Sompol’s coworkers that he had seemed depressed the night before he died, and had not been acting like himself.

“Mr Sompol’s friends said that every night Mr Sompol would go out and drink with his friends. The night before he died, however, he had stayed out for only 30 minutes before returning to his room, which they said was unusual for him,” said Lt Suporn.

The body was sent to Thalang Hospital to confirm cause of death as a matter of procedure, he added.