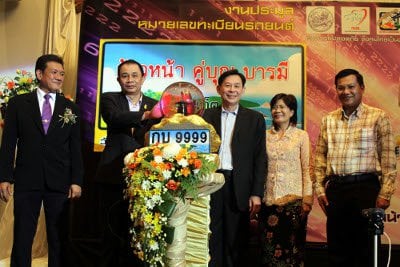 PHUKET: The “Lucky License Plate Action” held by the Phuket Land Transport Office (PLTO) at The Metropole Hotel in Phuket Town on April 28 to 29 raised more than 30 million baht.

The money raised from the auction, close to 30.5 million baht, will go to the Road Safety Fund, which provides assistance to road-accident victims and conducts road-safety campaigns throughout the year, said PLTO chief Teerayut Prasertpol.

An undisclsoed Thai person made the highest bid of 1,199,999 baht for the luckiest plate of them all,Gor Bor 9999.

“This is the 7th auction. There were a surprising number of foreigners taking part in the action,” said Mr Teerayut.

A Phuket Star is born