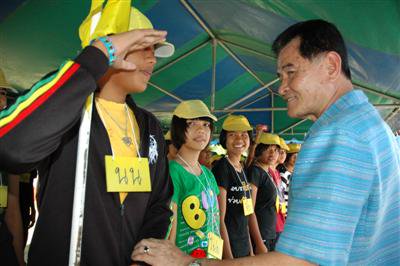 PHUKET CITY: Around 300 students from Phuket schools and 50 police officers took part in an anti-drugs march around Phuket City on Tuesday morning.

The march was part of a five-day campaign organized by Phuket Governor Wichai Phraisa-ngop and police.

Launched on Saturday, the campaign features a series of drug education sessions for children and teenagers.

The aim is to prevent an increase in recreational drug use among Phuket’s youngsters.

Phuket City Police Superintendent Wanchai Ekpornpit said the number of drug addicts in Thailand has increased from 570,000 last year to 605,000 this year.

The problem is affecting the stability of the country, Col Wanchai said.

Samui crash ‘will not affect tourism’

Phuket mangroves to be cleared for new road