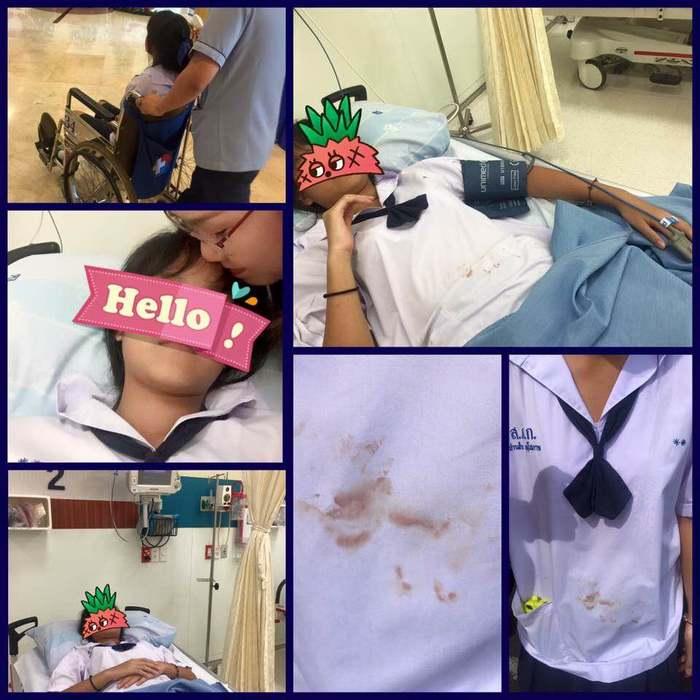 PHUKET: The mother of a student at Satree Phuket School accused a teacher of abusing her 14-year-old daughter on December 14.

Chomphunut Bunsophap claimed in a Faceook post that a teacher, who she did not name at the request of the school, struck her daughter in the back of the head with a hard-backed book as a form of punishment.

Ms Chomphunut goes on to explain that her daughter was hit so hard that it caused the teen’s nose to bleed, as well as chest pain.

The girl, who was allegedly punished for her fingernails being too long, was rushed to Bangkok Hospital Phuket.

“I can’t even stand seeing my daughter being bitten by a mosquito or an ant. Who are you to dare hit her so hard that her nose bleeds like that,” wrote Ms Chomphunut.

The Phuket Gazette was unable to contact Kosol Saikhaw, director of Satree Phuket School, for a comment. However, a representative from the school, who declined to be named, confirmed to the Gazette that Mr Kosol was aware of the issue and had already spoken with the family.

“The director and vice director of the school have both apologized to us. However, the teacher has refused to do so,” wrote Ms Chomphunut. “The school has promised to investigate the matter.”

Ms Chomphunut, who is an alumna of the school, has yet to press criminal charges against the teacher, but has threatened to do so if the school does not take proactive steps in resolving the issue.