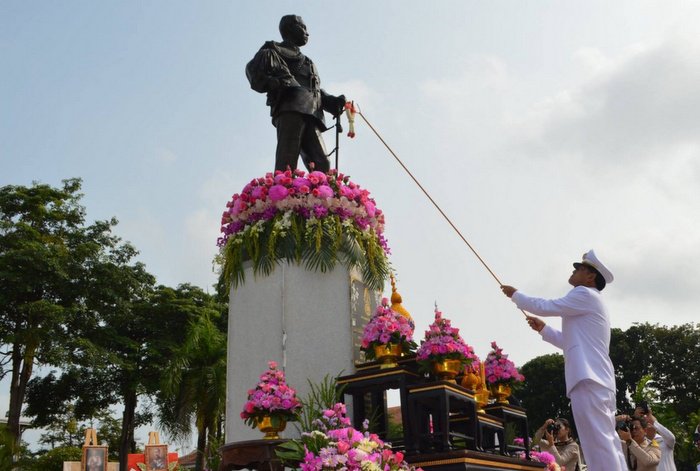 PHUKET: The life and achievements of HM King Chulalongkorn were commemorated in a ceremony at Phuket Provincial Hall this morning.

Phuket Governor Chamroen Tipayapongtada led an assembly of officials in a ceremony for Chulalongkorn Day, known in Thai as Wan Piya Maharat.

After paying respect to the statue of King Chulalongkorn the Great at Phuket Provincial Hall, Governor Chamroen, on behalf of the Chula-Alumni Phuket Association, presented four 10,000-Baht Piya Maharat scholarships to Phuket students who are studying in Chulalongkorn University.

King Rama V is remembered for introducing many progressive reforms to Thailand, including political, military and democratic changes. He is best remembered for the abolition of slavery.

King Rama V also introduced the first Thai banknote and ordered Thailand’s the first railway to be built, from Bangkok to Nakhon Ratchasima.

October 23, Chulalongkorn Day or Wan Piya Maharat, is marked as a public holiday every year in Thailand in honor of King Rama V.