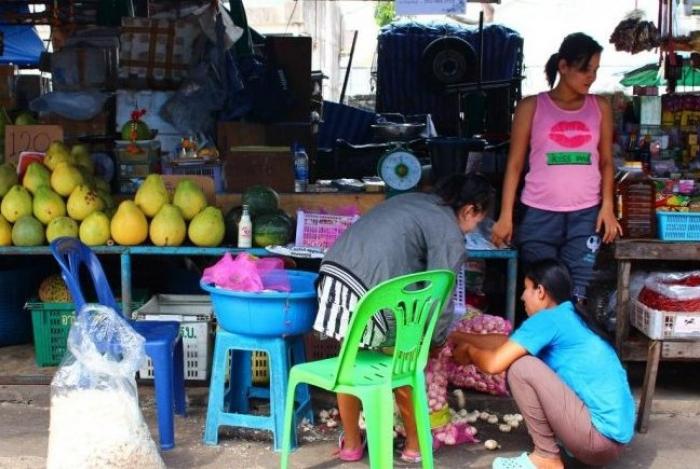 PHUKET: Financial difficulties in the healthcare system is leading to pregnant migrant workers in Phuket Province being denied access to Universal Coverage (UC) health insurance scheme when they deliver babies.

Usually migrant workers in Thailand are allowed to buy health insurance in order to get access to affordable services while living in the Kingdom, paying 2,100 baht annually for UC insurance. That insurance is equivalent to coverage under the 30 baht scheme widely used by citizens.

However, many migrant workers’ families in Phuket face bankruptcy due to medical expenses incurred after having a baby, as they have to pay the full cost of health services. The Provincial Public Health Office has stated that hospitals will be overburdened with expenses if it allows pregnant workers to buy insurance.

Mu Mu Ten, a 38-year-old Myanmar migrant worker and mother of two children, wept when asked about the condition of her youngest child, who was born just a week ago with lung problems and is still in the hospital.

The serious illness affecting her newborn son was not the only cause of her distress; her family is now mired in a financial crisis due to the medical expenses.

“My child was born premature. His weight was only 1,300 grams and his lungs are not fully functional. He is now being treated at Vachira Phuket Hospital and the doctor said he needs to be in intensive medical care for at least one month,” Ms Mu said.

She said expenses from the health problems of her newborn added to the cost of a Caesarean-section operation amounted to at least 100,000 baht owed to the hospital, even though she has valid UC insurance, which is meant to cover expenses related to giving birth.

“I had to borrow money from my employer and my friends to pay for this expense. I’ve managed to pay 60,000 baht, but there is another 40,000 remaining,” she said, adding that her husband earns just 350 baht per day.

She said her employer would deduct 2,000 baht from her salary twice a month towards repayment of the debt, while the family also has to pay back money borrowed from friends at an interest rate of 20 per cent.

“We don’t know what to do. We have to pay to keep our son alive and we just keep working to pay the debt,” she said.

Some women are forced to abandon their babies at hospitals as they’re being denied the universal health coverage.

Sumana Pakburawat, coordinator of Migrant Worker’s Network in Phuket (MNP), said Ms Mu was only one example among many Myanmar migrant workers in Phuket who suffered the same fate.

“Every month, there are around 100 cases of migrant workers giving birth in public hospitals in Phuket who are unable to use their rights specified by their UC insurance. Among these, there are 10 cases of mothers abandoning their child at the hospital every year because they have no money to pay for the medical expenses. This has been a serious and chronic problem in Phuket for almost six years now,” Ms Sumana said.

She said many pregnant migrant workers were also unable to renew or buy UC insurance at Phuket’s public hospitals, which obstruct them from seeking proper medical care during pregnancies and force them to pay the full cost of medical expenses.

According to the MNP, there are around 300,000 migrant workers in Phuket, nearly half of whom have not registered with authorities or have UC insurance.

Meanwhile, Dr Prapornsri Narinrak, Phuket Provincial Public Health Office deputy director, said that the Public Health Ministry had a policy to help migrant workers receive affordable medical services. However, it is also the duty of each hospital to properly manage its finances to ensure the survival of the hospital.

“We treat every patient coming to us and in many cases we allow them to get free medical services at the hospital’s expense as humanitarian aid for those in need,” Dr Prapornsri said, adding that last year public hospitals in Phuket spent up to 4.6 million baht on such cases.

She admitted that public hospitals in Phuket had a policy not to sell UC insurance to pregnant migrant workers, as the Public Health Ministry allowed doctors to exercise discretion on whether or not to sell it.

“We consider that pregnant workers cannot work and the medical expenses for this group is very high, so we have decided not to sell UC insurance to this group,” she said.

“It is financially irresponsible for the hospitals to sell 2,100 baht insurance and then have to spend up to 20,000 baht per case.”

The average expense for a conventional delivery starts at 6,000 baht, while Caesarean sections cost 12,000 baht or more.

Patong Hospital Director Dr Sirichai Silapa acha urged employers to help hospitals because they benefit from cheap labor, so they should provide a subsidy for workers or set up funds to help pay for medical expenses.