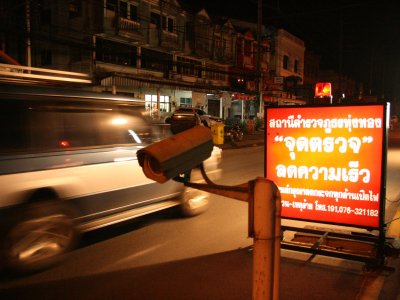 PHUKET: The death toll in Phuket during the new year ‘Seven Days of Danger’ national road safety campaign, which ended on January 4, remained at four – half of last year’s figure.

The number is well under this year’s theoretical “target toll” of 7.6, which the Department of Disaster Prevention and Mitigation (DDPM) bases on a 5% reduction in fatalities from the preceding year.

The total number of accidents reported in Phuket (67) and people suffering injuries requiring admittance to a hospital (74) were down 22.1% and 19.6% respectively, year-on-year.

These decreases were also well below the 5% target reduction figures.

The vast majority of accidents (89.7%) involved motorbikes. The most dangerous time to be on the roads was from 1am to 4am, when 22 accidents were recorded.

Of the total 67 accidents, 22 were attributed to drunk driving.

Almost a third (31.6%) of the accidents were attributed to “other causes”.

A total of 57,444 motorists were inspected at police checkpoints during the period. Of these, 3,496 were charged.

Of 8,841 motorists inspected for driving under the influence of alcohol, 30 have been charged.