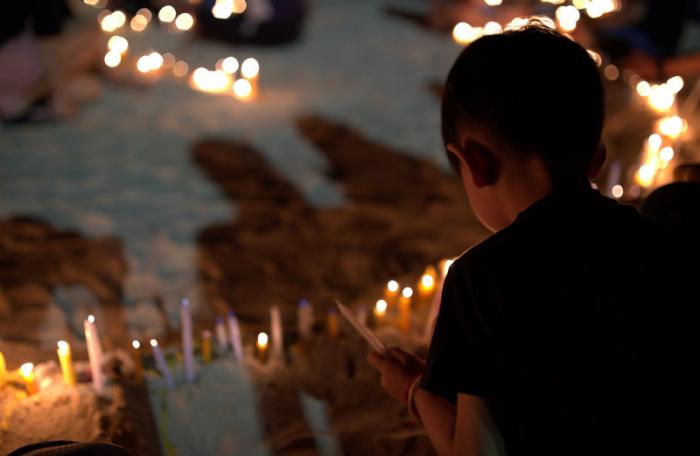 PHUKET: Phuket is set to hold a commemorative event for His Majesty King Bhumibol Adulyadej’s 30-days passing this weekend.

Phuket Governor Chokchai Dejamornthan has invited everyone across the island to come and pay their respects to His Majesty the King at Laem Prom Thep (Promthep Cape), Rawai, this Saturday at 3pm.

The public is also invited to join in the candle lighting ceremony and the singing of the Royal Anthem.

The schedule of events is as follows:

The governor has requested that people do not to drive their own vehicles up to the cape. Three parking areas have been designated for the occasion, including the football field at the cape, Nong Harn lake and Pak Bang Beach. Transportation will be provided from the parking areas to the cape.

“I am aware of the inconvenience this may cause on the day, but we will stick to our purpose, which is to pay respects to our beloved King. We have tried to make the process as convenient as possible for the public,” said Gov Chokchai.

Civil servants and officials are required to dress in mourning clothes (black), police and military personnel must wear uniforms, whereas students and private employees are encouraged to wear their uniforms as well.

“His Majesty King Bhumibol Adulyadej worked very hard for us his entire life. I am willing to accept this little inconvenience just for a day, in order to pay my respects. And I believe all Phuketians are willing to do so as well. None of us are being forced to come, yet we gather to show our humble respect and allegiance to His Majesty,” he said.

“If anyone of you suffers any inconvenience, I would like to apologize ahead of time. Please come together to show the world that Phuket people love His Majesty King Bhumibol Adulyadej with all their hearts.”

Patong Mayor Chalermluck Kebsup has also invited the public to a similar commemorative event this Friday at the football field near Loma Park at 4pm. The ceremony will feature Buddhist prayers and candle lighting in honor of His Majesty. Dress code for the occasion is black.