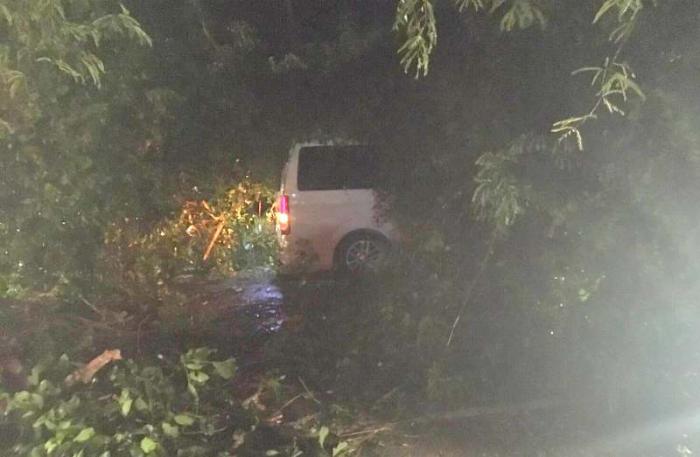 PHUKET: A good Samaritan who volunteered to help remove trees that had fallen and trapped cars in Pa Khlok yesterday passed out while he was doing it and was later pronounced dead at Thalang Hospital.

Social media user Suchat Leucha posted a message on Facebook which read: “Deeply sorry about the passing of a kind old man, who along with his cousin, was helping to cut trees that had fallen on cars in Pa Khlok today. May he rest in peace.”

The victim was named as Yusop Plaiguam, 60.

“We found Mr Plaiguam lying on the road and checked his pulse but could not find one. We tried Cardio Pulmonary Resuscitation [CPR] before transferring him to hospital,” Kusoldharm Foundation rescue workers told the Phuket Gazette this morning.

Locals at the scene said Mr Yusop was a well-known tree cutter in the area and that he might have fallen unconscious from exhaustion. However, no details about his cause of death, or any prior medical condition, have surfaced so far.