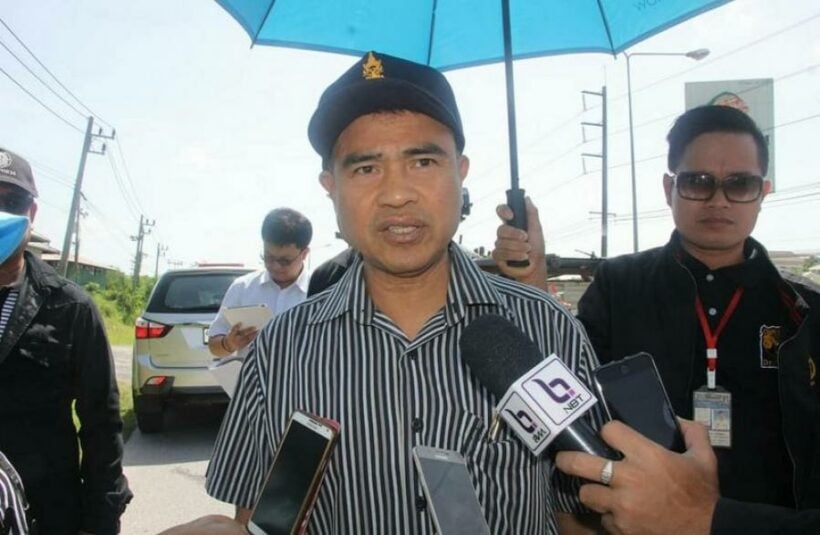 PHUKET: The Phuket Governor has ordered a security boost in Phuket, particularly at crowded areas such as department stores and fresh markets, as well as at all entry and exit points such as Phuket International Airport, bus terminals, deep sea ports and checkpoints.

Following reports of bomb threats in Phuket and bomb blasts in Bangkok last month (story here), Governor Norraphat Plodthong has ordered 24-hour surveillance to avoid blasts such as the ones that hit Phuket on Mother’s Day last year (story here).

Gov Norraphat said that security and safety of locals and tourists has always been the top priority of officialdom.

“However, to enhance public confidence, we will enhance safety measures throughout the island, particularly at the Tah Chat Chai checkpoint. Using a consolidated CCTV system, efficient license plate scanners and stricter personal checks, we will ensure that both visitors and locals are always protected,” said Gov Norraphat.

The governor has also ordered officials to ensure that CCTV cameras are up to date and that officers are in constant communication with the Phuket Office of Disaster Prevention and Mitigation (DDPM).

“DDPM has a consolidated CCTV system to monitor and prevent suspicious activities at public places in Phuket 24 hours a day,” the governor added.

One missing, six rescued from drowning at Phuket beaches