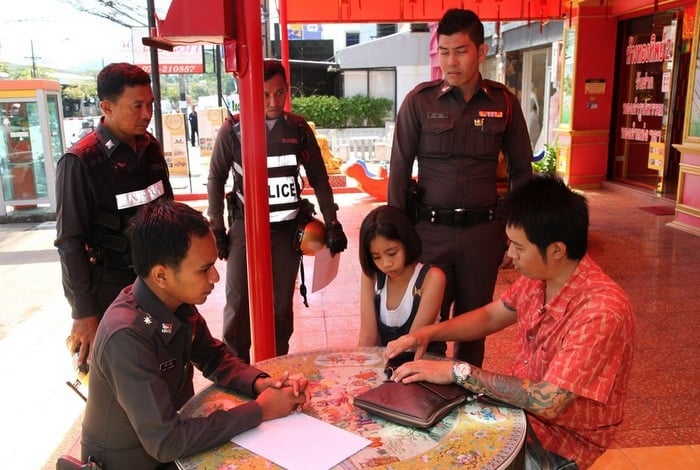 PHUKET: No charges are being pressed after a counterfeit note was used by a local business owner in the purchase of 180,000 baht worth of gold.

“I had no idea that the banknote was fake,” Mr Weeachai told the Phuket Gazette. “I paid for the gold and went home with my daughter. Then, we received a call from the shop owner, so I went back to see what the issue was.”

Police were called to the scene. However, a bank employee vouched for Mr Weerachai and apologized for the mistake.

“We recognize that this was a mistake on our part. We should have identified the counterfeit bill when it was originally deposited with us. However, clearly, mistakes do happen,” said Nitnapa Klongkij, branch assistant manger. “I have asked that all staff at the bank be more vigilant when they are accepting and distributing bills.”

Mr Weerachai explained that there was no reason for him to press charges against the bank.

“Mistakes do happen. The bank has paid me back, so I don’t have a problem, and the gold shop has also been compensated, so they are not filing any charges against me,” Mr Weerachai said.

To prevent being given a fake bill by anyone, it is best to know some of the basic safety features, Ms Nitnapa said.

“The easiest feature to check for on banknotes of higher denominations is the watermark portrait of HM King Bhumibol Adulyadej, which can be seen when it is held against the light,” Ms Nitnapa said.