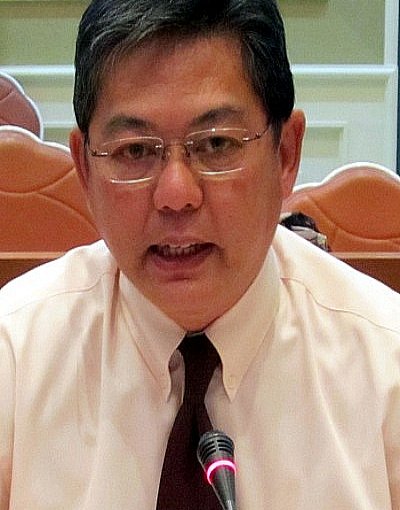 PHUKET: An island-wide ban on the sale of alcohol will go into effect from 6pm on April 6 through to midnight of April 7 so island residents can vote in the upcoming Phuket Provincial Administration Organization (OrBorJor) presidential election.

Residents living in Chalong and Rassada municipal areas will be subject to a similar ban for elections to select councilors for their respective municipalities on March 25.

Under election law the sale of alcohol is prohibited from 6pm the night before election day through to midnight of the day of the election.

Candidates for the presidential election will be allowed to register on March 5-9, he said.

Registration for candidates running in the Chalong and Rassada municipal elections closed today.

The announcement of the April 7 presidential election follows Paiboon Upatising resigning his position as OrBorJor president on February 16.

However, opponents to Phuket holding a snap election expressly to vote for an OrBorJor president filed a complaint with the Phuket Election Commission on February 27.

The reasons given were that going to the polls early just for the presidential election would mean another island-wide election would need to be held soon after for residents to vote for a new OrBorJor council.

It also would mean yet another island-wide ban on the sale of alcohol for whenever the council election is held. A date for that election has yet to be announced.

“These two elections should be held at the same time to save money, probably more than 10 million baht,” said lawyer Somkit Suphab.

“With these elections were held separately, almost 30 million baht of taxpayers’ money will be wasted instead of being spent on other projects.

“It is also unlikely that more than 60-70 per cent of voters will turn out if they are held on separate days,” he said.

Mr Somkit also argued that having the presidential election in April would result in few registered voters living outside of Phuket return to cast their vote.

“It also means that students will end up spending their semester break at home,” he added.

However, under election law, if an OrBorJor president does not serve full term, the electorate must go to the polls within 60 days of the incumbent resigning or being removed from office, Mr Kittipong explained.

If the president does serve full term, then elections must be held within 45 days, he added.

Mr Paiboon was due to conclude his term on April 20.

He told the press on February 16 that going to the polls early would avoid problems in the OrBorJor‘s involvement in major projects, namely the Phuket Youth Games and the continuation of contracts with the management of the OrBorJor hospital in Rassada.

Those two reasons were refuted outright by those opposed to the snap election.

“The Youth Games are always a provincial [office] responsibility and the hospital issues can be sorted out by hospital management aided by the OrBorJor Deputy Governor,” said Mr Somkit.

Meanwhile, Phuket Election Commission Director Mr Kittipong said a date had yet to be set for the Rawai Municipality elections.

On February 16, Mr Paiboon pointed out that delays in having electoral boundaries for Rawai being confirmed by the Election Commission in Bangkok was causing problems for that municipality, as well as that of Chalong.

“They have not had mayors for more than six months,” Mr Paiboon said.