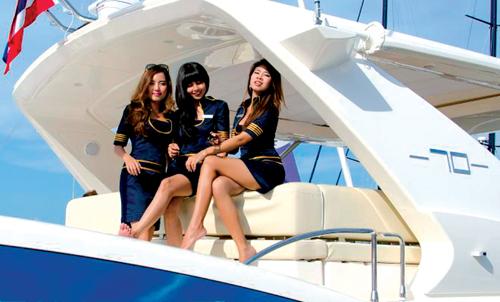 BANGKOK (The Nation): Out of Thailand’s 76 provinces, human security is best in Chiangmai, worst in Bangkok, and second worst in Phuket, according to a 2007 government survey.

“Phuket is second from the bottom,” Suwinai Wattatham, a senior official at the Human Security and Social Development Ministry, told a seminar yesterday.

Against the average human-security score for the whole country of 69.65 per cent out of a possible 100, the nation’s capital managed only 11.62 per cent, while Chiang Mai scored 87.87 per cent, making it Thailand’s “most liveable” city.

Besides Phuket at 34.13 per cent, scoring under 50 per cent were Samut Prakan, Samut Sakhon, Nonthaburi and Chon Buri.

“The report identifies the strengths and weaknesses of each province,” he said. “The information will be useful in improving the human-security situation.”

American assault victim thinks she has found her attacker