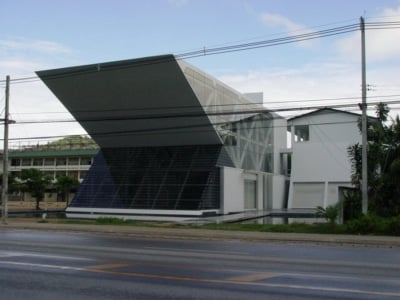 PHUKET CITY: The Phuket Provincial Administration Organization (OrBorJor) is close to completing what it calls “E-Libraries” at four locations on the island, with the goal of providing wider access to reading materials and information technology to all island residents.

The libraries will, naturally, have books, with staff keeping track of those out on loan through a computer network linking all four libraries.

The libraries will also have reading corners for senior citizens, study rooms for children and teenagers, meeting rooms, sound-insulated music practice rooms, a multimedia room for rent, and computers with Internet access.

In a press release, Phuket OrBorJor President Anchalee Vanich-Thepabutr said that more than 44 million baht has been earmarked for the project.

This is in addition to the 25% of the total OrBorJor budget that has already been earmarked for education. About a year ago the OrBorJor began taking over administration of six government schools on the island from the Ministry of Education as part of constitutionally-mandated government decentralization plan.

Two of the libraries are nearing completion in the grounds of two of those schools. One is at the Muang Phuket School in Rawai, costing 19.2 million baht, while the other is at the Thalang Phra Nangsang School in Thepkrasattri, costing 13.1 million baht.

These two libraries are expected to open in September.

The other two will be located at the Kathu Non-Formal Education Center, at a cost of 12.2 million baht, and at the Austrian-Phuket Community Center in Rassada, which will receive 9 million baht in funding, part from the OrBorJor and the remainder by the Hilfwerks Austria foundation.

These two are expected to open in November.