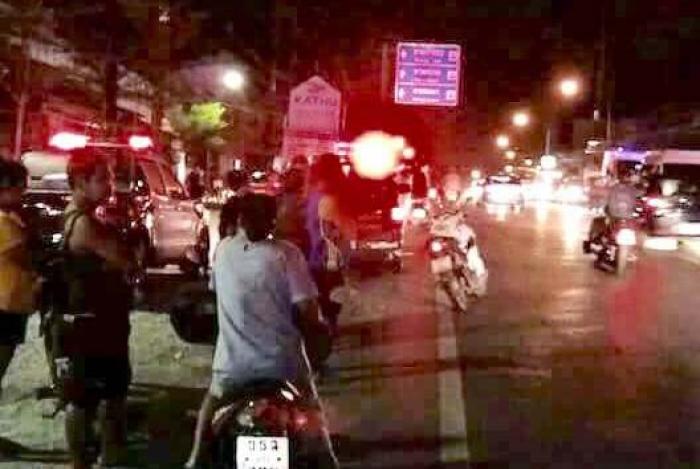 PHUKET: Police are hunting for members of a gang who jumped two men, stabbing one to death, outside of the Suwan Phu-Pha Hotel in Kathu last night.

“We have already arrested three of the gang members responsible for the attack. However, the alleged killer is reportedly on the run,” said Maj Chawalit Petchsripia of Thung Thong police station.

According to witnesses, Somparn Pohtakarm, 25, and Boonting Parnprom, 31, had gotten into an argument with the group, who also lived in the area.

“The men then dropped off a friend at the entrance of Soi Bonsai. On their way back, six or seven people attacked them,” explained Maj Chawalit.

Mr Somparn, who was stabbed in the chest, was pronounced dead at the scene. Mr Boonting, was rushed to Patong Hospital with a stab wound in his back.

“We are doing our best to secure the necessary arrest warrants and bring these criminals to justice,” said Maj Chawalit.

Police declined to name any of the suspects.

Phuket driver yet to be charged for British woman’s death