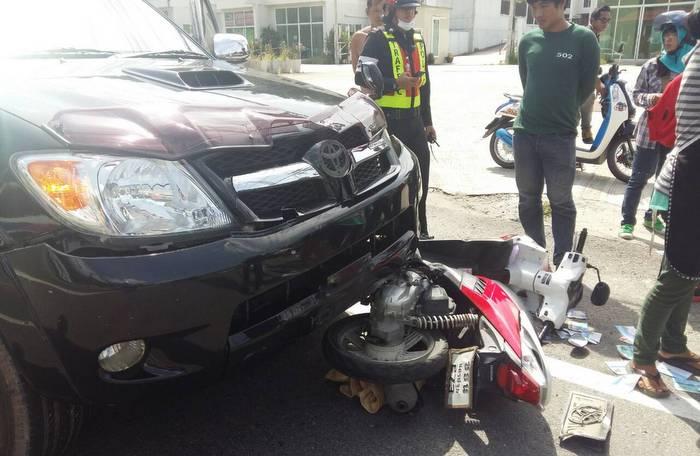 PHUKET: Police have yet to charge the truck driver who killed a British woman and injured her friend on Phuket’s infamous Patong Hill on Saturday.

Nattaphon Glompan, 26, allegedly slammed into the two women on their motorbike as they exited a small soi onto the main road (story here).

Rebecca Leanne Shaw, 32, who was wearing a helmet at the time, was pronounced dead on arrival at Patong Hospital. Her body was later transferred to Vachira Phuket Hospital to determine the cause of death.

Julie Anita Maria Robinson, 55, suffered minor injuries and has since been released from the hospital.

“Though Ms Shaw was wearing a helmet at the time – rescue workers took it off later – we still think she may have died from head trauma. Nonetheless, we are waiting for an official report from Vachira Phuket Hospital,” said Lt Seninat Chuachootrakunthong of the Patong Police. “We will decide whether or not to press charges once we have gathered all relevant evidence.”