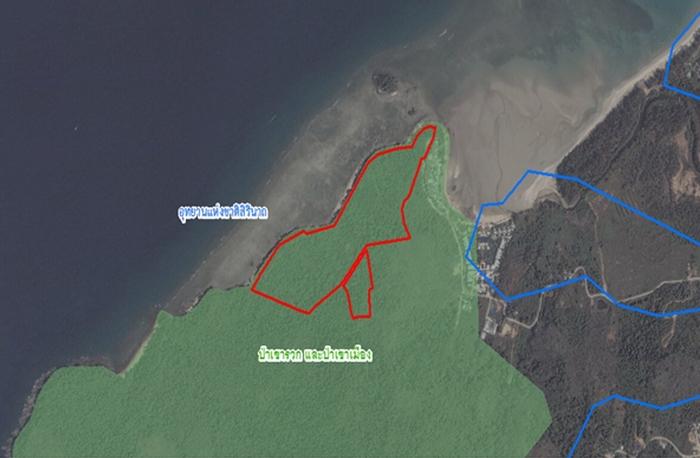 PHUKET: The Department of Special Investigation (DSI) is hunting down three men for their alleged involvement in land encroachment cases involving more than 2.4 billion baht of Sirinath National Park land.

“We are searching for Ghao Naknam and Ti Nahnam, who illegally acquired a SorKor1 in Thalang for 2bn baht worth of national park land,” Lt Col Prawut Wongseenin, director of the DSI’s Bureau of Consumer Protection and Environmental Crime, said yesterday. “With the help of three officials, including a national park former chief, the men were able illegally upgrade the document, turning it into two Chanote title deeds.”

SorKor 1 documents recognize only possession, not ownership, rights to a parcel of land and may not be transferred to another party. However, Chanote titles recognize land ownership and can be easily transferred.

“We were told that the men planned to construct residential buildings and put in rubber plantations on the incredibly valuable land,” Lt Col Prawut said.

In a separate land encroachment case, DSI officials are looking for Lamsan Sroison, who acquired a Chanote title for seven rai of Sirinath National Park and then used a ‘flying SorKor 1‘ to acquire a total of 420 million baht worth of land.

Flying SorKor 1 is a deed that has been legally issued for a specific plot, but then applied to another site elsewhere.

“We are trying to locate the suspects in both cases,” Col Prawut said. “We plan on formally charging them in January. The information will then be sent to the Phuket office of the National Anti-Corruption Commission.”

Col Prawut confirmed to the Gazette that the six officials involved in illegally issuing the documents were under investigation. However, he declined to name them and the government agencies for which they work.