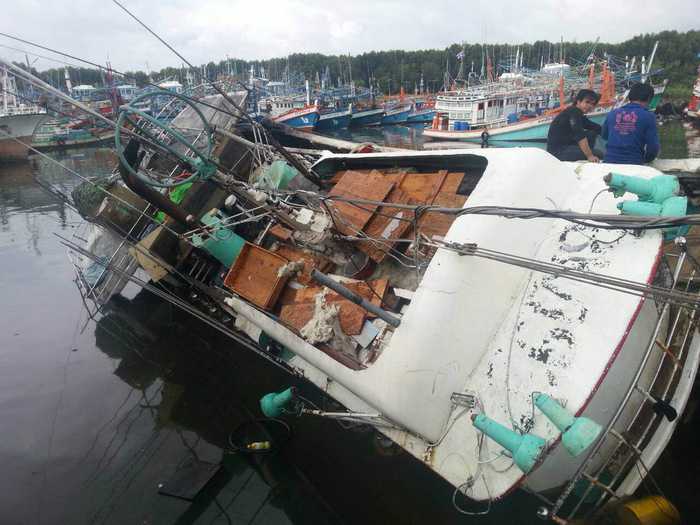 PHUKET: Firefighters breached the hull and partially sank a Taiwanese fishing boat off Phuket’s Saphan Pla Pier in Rassada late last night to stop flames from spreading to other vessels.

The fire teams arrived after midnight to find smoke billowing from the boat, which was moored close to the pier.

The boats tied up between the Taiwanese vessel and the pier prevented firefighters from reaching the flames.

“We couldn’t get close to or access the engine room. All we could do was soak the boat to stop the flames from spreading,” Maj Rachan said.

After two hours of preventing the blaze from spreading, firefighters obtained the boat owner’s permission and breached the hull with an axe to flood the engine room and douse the fire.

“The cost of the damage is estimated to be about 3 million baht,” said Maj Rachan.

Education, disaster relief in Phuket not to be sacrificed for underground cables, Patong councilor says