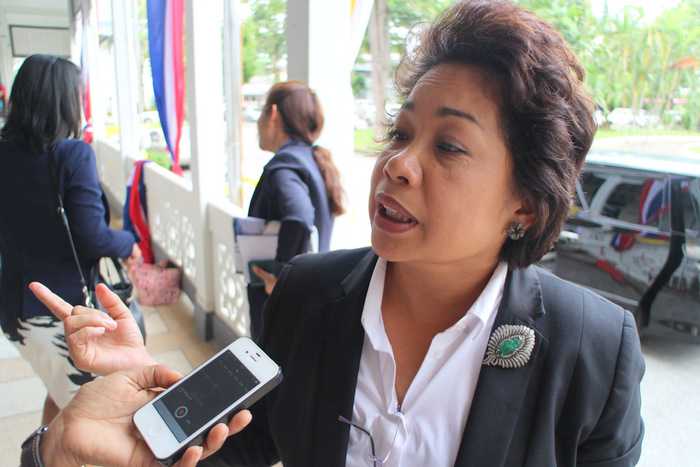 PHUKET: One of the 14 Patong Municipality councilors who on Friday voted against a project to bury the power cables along the beachfront road has come forward to explain the decision.

“The council supports the project, but we will not sacrifice the town’s kindergarten-expansion plans or disaster-relief fund in order to beautify the Patong beachfront,” councilor Weerawit Krueasombut told the Phuket Gazette.

“The project is supported by about 200 million baht dedicated from a previous national budget,” he explained, “but the Provincial Electricity Authority cannot hand over the funds until Patong Municipality comes up with about 77 million baht of its own to contribute toward the project.”

Patong Mayor Chalermluck Kebsup’s push to get the project approved was shot down at the council meeting on Friday, when 14 members of the 18-strong town council voted against Mayor Chalermluck’s proposed sources for the funds.

Mayor Chalermluck lashed out at the council’s decision to stall the project.

“We need the councilors to approve the project. They’ve got to have better reasons for stopping it than voting against me just for the sake of politics,” she told the Gazette.

Mr Weerawit, however, pointed out that the council had long supported the project.

“The council proposed this project as part of the post-tsunami re-development, but it was denied by officials in Bangkok at that time,” he noted (story here).

The disagreement was the source of funds, he explained.

“We are not bad guys doing things for no reason. On Friday, we talked about how we could raise the money,” Mr Weerawit said.

“We agreed to source about 40mn baht from tax revenues collected, but we could not allow the depletion of the disaster-relief fund by 24mn baht or take the 12mn baht allotted to buy land so we can expand the Patong Municipality Kindergarten.”

The kindergarten, which is the only government-run nursery in Patong and is located across from Patong Hospital on Sai Nam Yen Road, currently cares for 475 children up to 6 years old (click here).

“The facility is overcrowded. In order to expand it, we need to buy the land next door,” Mr Weerawit explained.

Mayor Chalermluck countered that 12mn baht was too expensive for the plot of 92 square meters next to the kindergarten.

“We need to compare the price with land prices in the area,” she said.

But the clock is ticking to get the cable-burying project approved, Mayor Chalermluck noted.

“Patong Municipality has until the end of the month to come up with the 77mn baht, otherwise the Provincial Electricity Authority will have to hand back the 220mn baht to the central government to support other projects,” she said.

“But I’m not giving up. I still have some time before the end of the month. I will hold another meeting and lobby whoever can help me to push this project through. The project is good for everyone; it will create a much nicer image of Patong.”