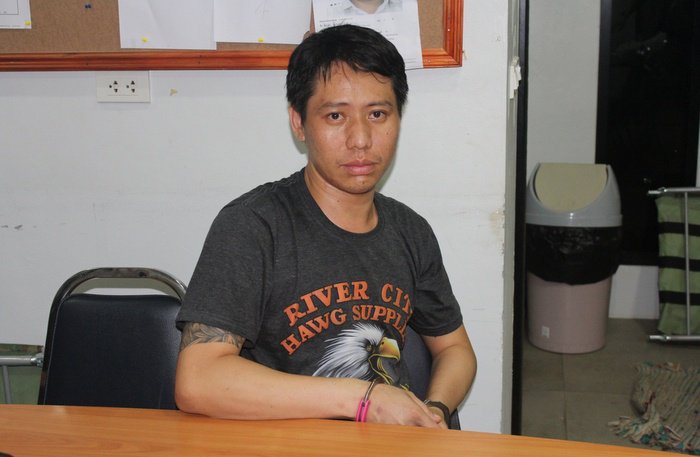 PHUKET: A fugitive wanted for possession of more than 5 million baht’s worth of drugs and related assets was arrested in Songkhla on Thursday.

“The air conditioner was still on and there was freshly prepared food in the kitchen. Fortunately, police found Mr Anuwat’s ID card at the scene.”

During the raid, led by Phuket Provincial Police Deputy Commander Pinit Sirichai, the police also found four handguns, one silencer, 400 rounds of ammunition, 2.15 kilograms of ya ice (crystal methamphetamine) and 1,469 ya bah (methamphetamine) pills, along with a number of other assets believed to be linked to criminal activity.

“An arrest warrant was issued for Mr Anuwat, as he was wanted for possession of a Category 1 drug with intent to sell and illegal possession of firearms and ammunition,” said Col Prawit.

Mr Anuwat was apprehended in Hat Yai at a house he was hiding in on Thursday evening.

“We were able to track down where he was and worked with the local Thung Tamsao police department in arresting him,” said Col Prawit. “We monitored the house for a long time, and when no one was seen going in or out, we decided to search it.

“The door was unlocked and Mr Anuwat was found inside.”

Mr Anuwat was questioned at the Thung Tamsao Police Station before being transferred back to Phuket on Friday. He has denied all charges and Phuket City Police will now take over the case.

Airport extension to finish on time