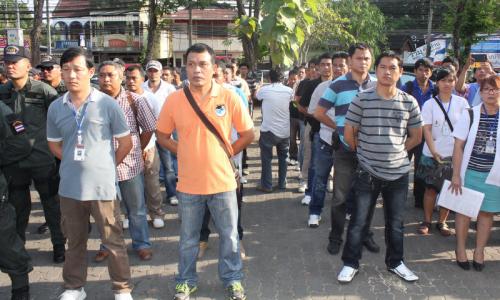 Five teenagers – two girls and three boys – aged between 16 and 17 years were apprehended smoking ya ice (crystal methamphetamine) at a house on Anuphas Phuketkarn Road in Phuket Town, where officers also found 30 pills of ya bah (methamphetamine).

The sweep was carried out by officers drawn from the Phuket Territorial Defense Volunteers, the Department of Disaster Prevention and Mitigation Phuket office, and plainclothes police from Phuket City Police Station.

Not all the suspects face arrest – those who have no previous record of drug use will be invited to join the the Mattrix Program, a voluntary drug treatment program, Governor Maitri said.

Those with previous drug offenses will be charged, he said.