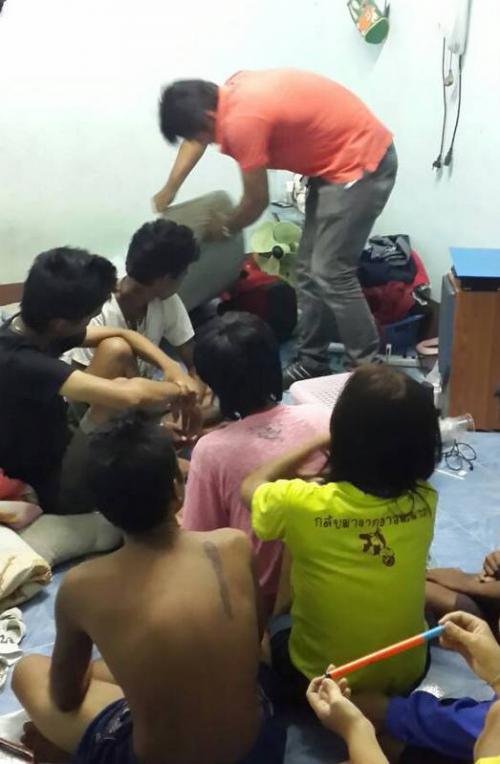 The police raid on the house led to five teenagers being charged for ‘theft while using a motorbike’ and six for possession of a Category 1 Drug with intent to use.

Eight of the 11 arrested were under age.

“We searched the house and found a lot of stolen property. We arrested five theft suspects: Rapeephat Samor, 18; Sarayuth Wannaprom, 20; and Sakib Nimo, 18; and two minors aged 16 and 17,” said Somsak Thongkliang of the Phuket City Police.

The suspects told police that they had carried out a number of snatching robberies in the last month in Patong, Phuket Town and Rawai.

“In the house there were also six minors using ya bah (methamphetamine). They were all 17 years old,” Lt Col Somsak said.