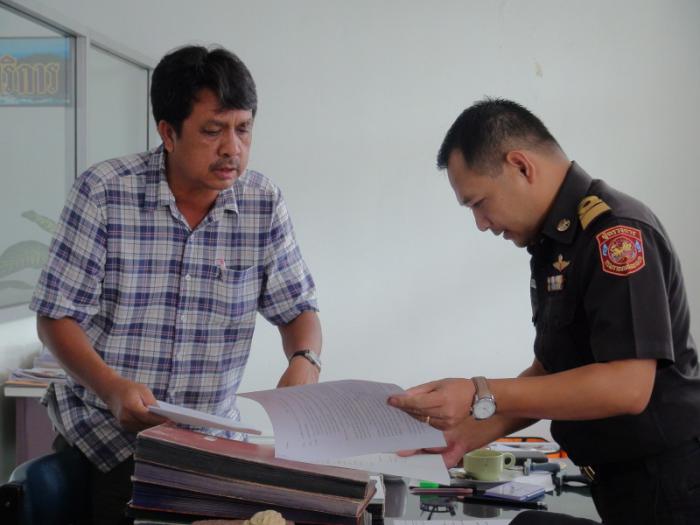 PHUKET: Seven months after his last appeal to legalize tuk-tuk drivers on the island, Sakol Srisompoch filed yet another complaint yesterday, but this time it was against legalizing them.

In September, Mr Sakol led a group of legal tuk-tuk drivers to file a third formal complaint in their campaign to stamp out the illegal tuk-tuk trade in Patong (story here).

“We filed a complaint with the Phuket Land Transport Office [PLTO] because we heard of a group of tuk-tuk drivers in Kata-Karon calling for illegal drivers to sign up with them in order to become legal,” explained Mr Sakol.

“The group sent a letter to tuk-tuk ranks asking drivers to sign up, and promising to drive forward the legalization process.”

Mr Sakol argues that there are now too may legal tuk-tuks on the island, and that any more added to the mix would take away his income and that of other established, legal drivers.

“There are too many legal tuk-tuks already. If the PLTO allows any more, it will be much harder for us to earn a living,” he said.

“We would also like to ask officials to more strictly regulate the taxis already on the island. We have not seen them do anything to get rid of the illegal ones.”

Mr Sakol also postulated that the letter the Kata-Karon group sent may have been a scam.

“This group might be trying to trick drivers who want to become legal into paying them. If the PLTO is not planning to register more legal tuk-tuks in the area, they need to make that clear. “

The PLTO affirmed they have no plans to legalize any more tuk-tuks on the island. Meanwhile, Region 8 Police are taking part in combating illegal taxi services in Phuket, said Jaturong Kaewkasi of PLTO.

“I will send out an official letter to clarify that we are not planning to open registration to legalize more tuk-tuks,” he confirmed.