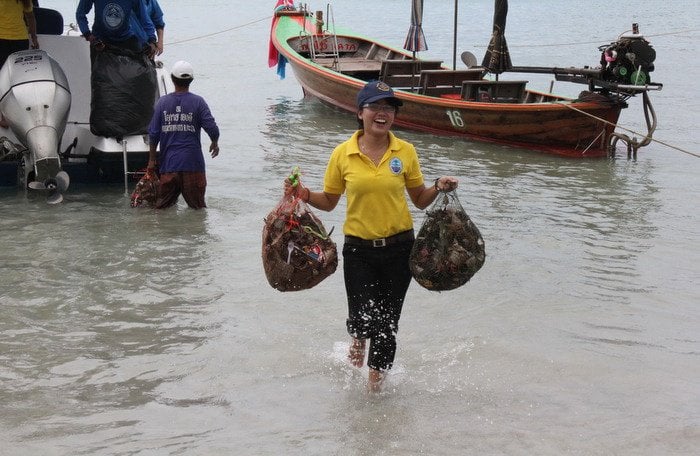 PHUKET: More than 400 kilograms of trash were swept out of a catchment area between Kata and Karon Bay by divers yesterday.

The about 25 meter by seven meter patch of rubbish contained numerous plastic products, metal cans, organic material and even underwear and a plastic gun, explained a diver who had scouted out the area prior to the cleanup.

“We had received a number of complaints from the public about the dirtiness of the sea at Karon Beach, as well as people voicing their concerns about the damage to corals at this immensely popular tourist destination,” said Watcharin Thintalang, chief of the Department of Marine and Coastal Resources (DMCR) Region 6.

Officials leaped into action, ahead of the scheduled December 3 cleanup, after a video revealing the field 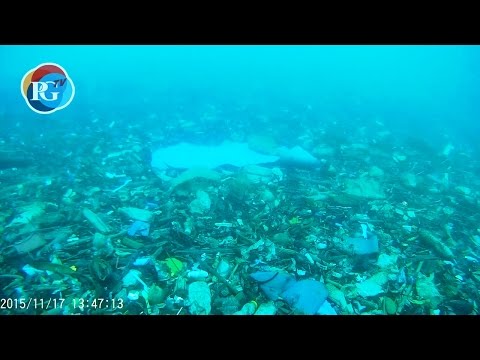 “We, and other relevant offices, took immediate action because we wanted to ensure that the rubbish didn’t spread out over the beautiful corals in the area or would be eaten by animals, such as dolphins or turtles,” said Mr Watcharin.

Mr Watcharin asked that hotels and those working in the tourism industry to educate tourists about not littering and vowed to have officers check the area, and other at-risk areas, on a weekly basis.

“If there is rubbish, the officers will be able to immediately take care of it,” he said.

There was so much rubbish at the sight that Karon Major Thawee Thongcham confirmed to the Phuket Gazette that another underwater cleanup at the location will go forward on December 3.

Those wanting to take part in the December 3 cleanup are invited to show up at the Karon Stadium at 8:15am with their dive gear and tanks ready to go.