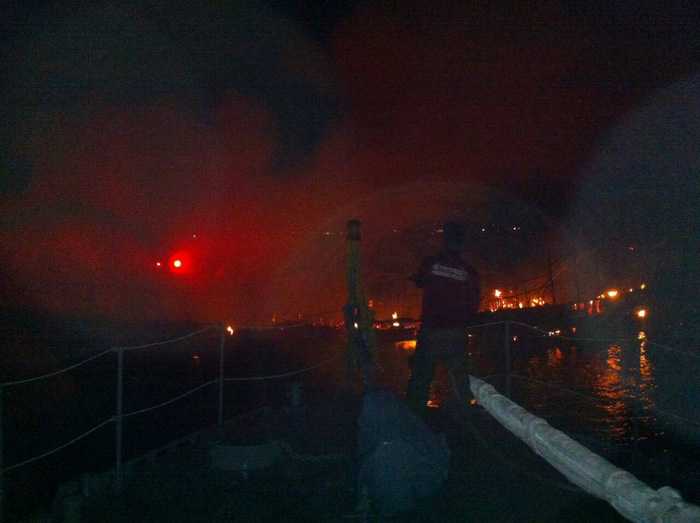 Marine Police were notified of the fire at about 2am, and responded by dispatching a boat and eight officers to douse the blaze.

“While trying to put the fire out, we dragged it away from the other boats in the bay as we were afraid the fire would spread,” Lt Col Chatchai Sakdee of the Marine Police told the Phuket Gazette.

“We did our best but we couldn’t bring the flames under control. The boat sank at about 4am,” said Col Chatchai.

The boat had an estimated value of about 10 million baht, he added.

“Fortunately nobody was injured,” said Col Chatchai. “We talked to the boat captain. He reported that one Myanmar national was on board when the fire broke out, but he jumped to safety when the fire got out of control.

“At this stage we believe that an electrical short-circuit in the engine room started the fire. We will call the staffer who was on board when the fire broke out for further questioning.”