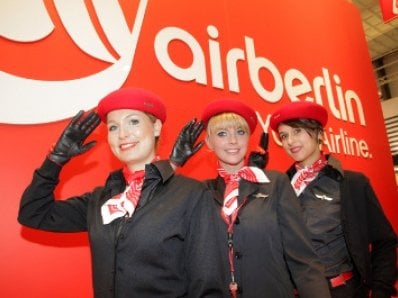 PHUKET: The Phuket delegation to next week’s ITB Berlin 2011 travel trade show will comprise 60 members, all on a mission to draw ever more tourists to the island under the Tourism Authority of Thailand’s (TAT’s) newest slogan: “Amazing Thailand Always Amazes You”.

They will be accompanied by 49 representatives from 29 Phuket resorts.

The TAT will launch a “Bangkok Stopover” at the event, which bills itself is the world’s largest travel trade show.

To be effective as of April 2011, the Bangkok Stopover campaign is aimed at visitors originating in key European cities en-route to other points in the Asia-Pacific region.

Curious, the Phuket Gazette contacted the TAT to see if the song One Night in Bangkok would feature as part of the campaign.

Chirawan Watchareerat of the TAT’s International Public Relations Division replied: “Thanks for your mail. We had a look at the lyrics of this song and consider them not appropriate for our campaign.”

A Thai pavilion to be set up at this year’s event will be designed to facilitate the rising number of Thai delegates and ensure that the space is used for maximum benefit.

Visitors will be able to enjoy authentic Thai spa therapy and massage sessions given by award-winning practitioners.

This year, more than 120 Thai exhibitors and travel and tourism operators are signed up to take part in the Berlin show from March 9 to 13.

Some 35,000 brochures promoting more than 50 types of travel opportunities in Thailand have been printed for the event.

TAT Governor Suraphon Svetasreni said, “The ITB Berlin is the perfect launchpad for this campaign. As the world’s largest travel show, it gives us a great opportunity to get maximum publicity and coverage amongst the thousands of buyers, media, tour operators, and travel agents who attend.”

The delegation will include senior executives of hotels, tour operators, airlines, car rental companies, MICE venues and organizers, as well as tourism promotion agencies from other provinces.

“This year will be particularly useful to highlight Thailand’s exceptional tourism performance in 2010, especially in the wake of the various political and economic challenges that we faced. It is a success story that I am sure will go down well in Europe,” Mr Suraphon said.

From January to September 2010, European visitors stayed an average of 15 days and spent an average of 3,517 baht per person per day, generating about 158 billion for the Thai economy.

In 2011, European visitors to Thailand are expected to total 4.45 million.

Covering the event with daily reports will be Phuket Gazette reporter Pimwara Choksakulpan, who won the coveted junket in a lottery with other members of the Phuket Reporters Club.