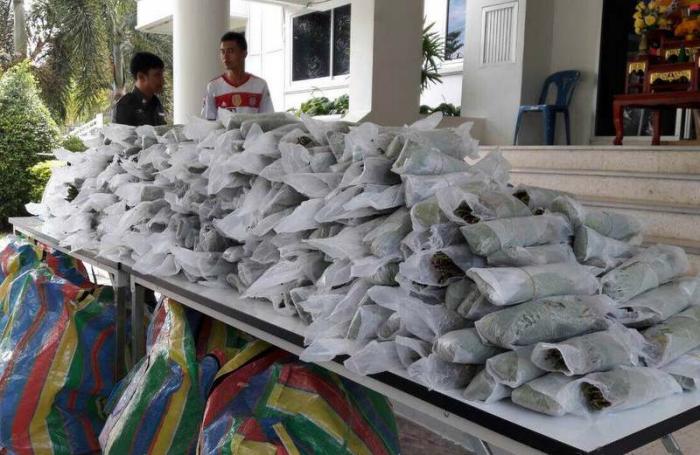 PHUKET: Provincial Police apprehended a couple on Wednesday in possession of nearly 143 kilograms of kratom in Kathu.

The arrests of Jamjun Kosai, 36, and his wife Urai Siriwong, 28, followed a tip-off from a police source that the pair had been selling drugs to teenagers and laborers out of a rented house in the area, confirmed Pinit Sirichai, Phuket Provincial Police deputy commander.

“We apprehended Mr Jamjum outside of his home after a search of his vehicle revealed a bundle of kratom leaves. We then searched the house and found his wife with an additional 740 bundles, estimated at about 170,000 baht,” said Col Pinit.

The couple confessed that they had bought the leaves the day before from a dealer known only as ‘Mr Bow’.

They were both charged with possession of a Category 5 drug with intent to sell.