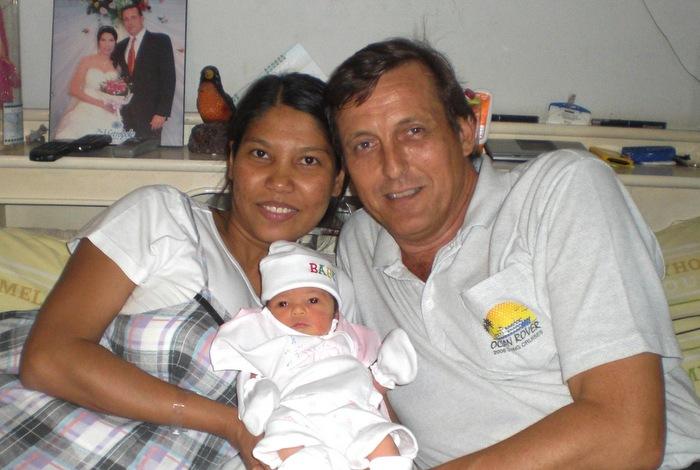 Mr Kenny, 59, was the past president and current assistant district governor of the Rotary Club of Patong Beach (RCoPB), member of the Grumpy Old Men Society (GOMS), member of the Navy League of the United States and involved with numerous other charity and humanitarian projects in the region, including the Phang Nga Home and Life Foundation.

“Brad was a stalwart of RCoPB who gave his time, and often his own money, unstintingly on many occasions to help those in need in the Phuket and Phang Nga communities. His relentless energy and enthusiasm for Rotary, and the many charitable projects he was involved in, was an inspiration to all members of our club,” said RCoPB President Walter Wyler today.

“Brad was always on the lookout for those in our society who needed a helping hand. He was particularly a great friend of the Rohingya and sea gypsies in Ranong, using his expertise in sanitation and water supply to help turn lives around. His presidency last year was marked by a driving support for a number of charities Brad brought his energy to focus on.”

Following the devastating tsunami in 2004, Mr Kenny played an enormous role in rebuilding the communities most impacted. His work with those affected by the wave continued up until is death. Only a couple of months ago, he paid a visit to the Phang Nga Home and Life Foundation to review the progress on a number of projects designed to improve the orphans who live at the facility (story here).

Mr Kenny was also very active in the Navy League, receiving the prestigious Sahataya Naval Insignia and Certificate from the Royal Thai Navy in 2010 (story here). He served as the U.S. Embassy in Bangkok’s Naval Attache’ as the point of contact and coordinator for visiting U.S. naval ships to Phuket.

He is survived by his three children and his wife, Tassanee ‘Na’ Kenny.

“Brad will not only be greatly missed by all members of RCoPB, but also the wider Rotary community on Phuket and beyond. On behalf of all members of our club, I express my condolences to his wife Na and their three children,” Mr Wyler said.