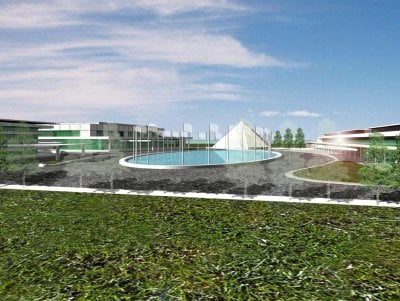 PHUKET: Work on a world-class conference and exhibition center for Phuket should begin next year and be ready to open by mid-2014, project consultants told two recent public hearings.

The meetings about the proposed Phuket International Convention and Exhibition Center (Phuket-ICEC), planned for the island’s northern tip, met with no serious opposition, but some concerns over environmental impact and infrastructure needs were voiced.

The first hearing, held at the Mai Khao Tambon Administration Organization offices near the Tah Chat Chai checkpoint on August 31, was followed by a gathering at The Metropole hotel in Phuket Town the next day.

About 100 participants from various government agencies, elected bodies and members of the public took part in each session.

Presenting both groups with the proposed project design and draft environmental impact assessment (EIA) report was Prasit Suebchana and his consulting team from King Mongkut’s Institute of Technology, Ladkrabang campus.

Under the current design, the 2.6-billion-baht center on the 150-rai plot of state land would include a convention hall, exhibition hall, 200-room hotel and a 100-room accommodation facility for government officers and staff.

Although all people taking part in the hearings agreed in principle with the project, concerns were raised over a variety of issues.

Kongkiat Kittiwattanawong, a researcher at the Phuket Marine Biological Center (PMBC), said he was concerned the center at the proposed location could suffer structural damage if another tsunami hit.

He also expressed fear that bright lights at the site might further deter leatherback turtles from nesting nearby.

Wanprapa Suksomboon, deputy director of the Tourism Authority of Thailand South Region 4 office in Phuket Town, said the center should be conveniently accessible by sea, road or air, she said. “Security for VIP visitors is also important. They must be able to flee quickly if an emergency arises,” she said.

A representative of the Phuket Disabled Peoples’ Club reminded all present of the need to provide access and facilities for people with a range of physical disabilities.

One concern was that the center would sit idle for long periods between events.

“It is impossible to have events all year round, so the consultants should add some entertainment and a shopping facilities for locals and tourists. This would keep the center active all year long,” said one participant.

Mr Prasit said all of these factors had been considered.

Expanding Thepkrasattri Rd to four lanes had been discussed with Phuket Vice-Governor Teerayut Eimtrakul, he said

As for shipping, an existing pier near Sarasin Bridge could be improved to accommodate larger vessels, and air access was not a problem due to the proximity of Phuket International Airport, he said.

On the issue of environmental protection, existing mangroves in the area would be preserved as a barrier against tsunami waves. Different species of mangrove vegetation could also be labeled for the area to serve as an educational and recreational area, he said.

Mai Khao villagers worried about water shortages would be glad to know that a water supply system to be built as part of the project would be shared with their community, he said.

Funding for the project has been approved and both Finance Minister Korn Chatikavanij and his deputy Man Pattanotai want work to begin as soon as possible, he said.

Mr Prasit added that after the hearing all of the comments and concerns voiced would be added to the EIA report, which will then be forwarded to the Ministry of Natural Resources and Environment (MNRE) for approval.

Once the EIA has been approved, the next step would be to consult with executives from existing Thai convention centers in order to gain from their experience and expertise in large convention center design and management.

After that architectural design work could begin and construction bid plans drawn up.

Mr Prasit said he expected the construction to be signed in mid-2011, with the work completed about three years later.