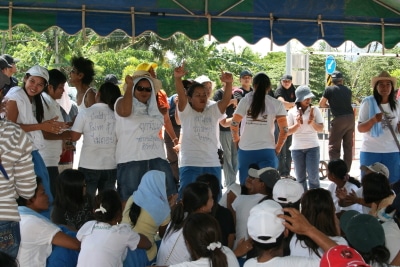 KATHU, PHUKET: Some 200 golf caddies at the Loch Palm golf course in Phuket have ended a two-day protest over the dismissal of their ‘caddy master’. Most are now back to work.

The women, who began their sit-in protest at 4:30am on Thursday, originally insisted they would not return to work at the course in Kathu until the man was reinstated.

According to club management, caddy master Khun Suwit has resigned and will not return to his position as demanded.

The club’s acting managing director, Pongsak Sabdasen, said only a few caddies had not shown up for work today.

“If they want to come to work again the company will still consider taking them back,” he said.

Mr Pongsak said club members had a good understanding of the situation and had not been seriously affected.