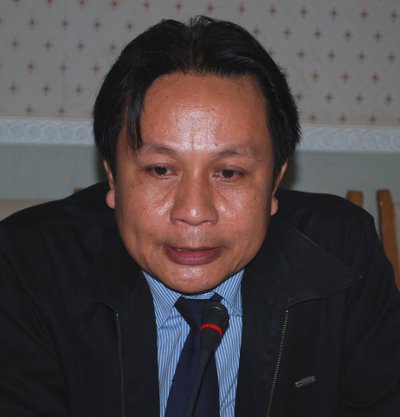 PHUKET: More than 70 per cent of business owners in Phuket agree to the minimum wage being raised to 300 baht per day, according to a recent survey by the Phuket Provincial Labor Office.

The news was announced today at a high-level meeting of Phuket officials to discuss the rollout of the minimum wage hike.

“We found that more than 70 per cent agreed to increase the minimum wage to 300 baht, including the Phuket Chapter of the Federation of Thai Industries and the Phuket Chamber of Commerce,” he said.

Accordingly, the minimum wage in Phuket will be increase from 220 baht per day to 300 baht per day on April 1 next year, he said.

“Hotel owners would like to introduce the increase gradually. They also would like to see more qualified employees working in the tourism industry so that the wage rise would be fair,” he added.

Chief Suttipong also gave a breakdown of the current employment situation in Phuket.

“From January to [the end of] November this year, there were more than 42,000 employees registered with the Labor Office as seeking work. Of those, 33,763 persons were de-registered as they had already found employment,” he said.

Although he described the unemployment situation in Phuket as in a constant state of flux, “depending on the tourism season”, Chief Suttipong said that employers had reported that the general unemployment rate had fallen in Phuket.

“Employers registered 5,470 positions vacant during the period, and 4,679 employees registered for work. However, during the same period, 4,722 employees were matched with job offers,” he said, adding that the overlap in the figures was from registered unemployed from the previous reporting period finding work in the current period.

Workers representative Wichit Dasantad said, “Increasing the minimum wage to 300 baht a day should not be a problem, as the Phuket economy is continually growing, especially in the tourism industry.”

He added that increasing the minimum wage in Phuket would attract more workers to the province, which would help alleviate the current labor shortage in the job market.