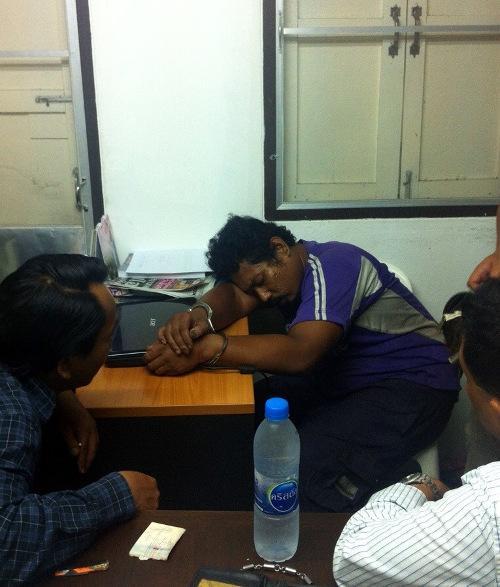 PHUKET: A man who rambled while confessing to police that he had burned several motorbikes in Phuket has been arrested while police continue their investigation and look for accomplices.

Police picked up Thaweesak Nathang, 37, on Monday because he looks similar to a man seen in CCTV images of a motorbike burning in Kamala.

When questioned by police, Mr Thaweesak confessed to setting several motorbikes on fire on several occassions, but then seemed to retract his confession.

“He is a motorbike taxi rider who lives in Patong. He was picked up on Rat-U-Thit 200 Pi Road,” he said, “and charged with burning two motorbikes in Kamala.”

“We need good-quality CCTV to cover all areas in Phuket,” he said.