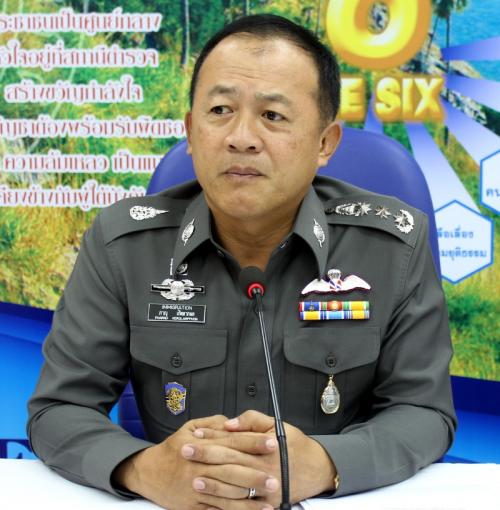 PHUKET: Immigration Bureau Commissioner Pharnu Kerdlarpphon, in Phuket for a closed-door meeting of high-ranking officials, has expressed his concern for the growing number of Rohingya refugees being detained in Thailand.

Lt Gen Pharnu’s visit to Phuket on Tuesday was to head a meeting tabled to discuss the bureau’s “working policy” at which Phuket’s own immigration superintendent did not attend.

Following the meeting, Gen Pharnu told the press, “The number of Rohingya entering the country is a worrying situation. We are now detaining 1,936 Rohingya across the country, including 399 boys and 304 girls.

“Immigration Police shelters in the South have no more room for refugees. We have even transferred some of the refugees to immigration shelters across the Kingdom,” he said.

As an example, Gen Pharnu noted that 84 Rohingya are being held the Ranong Immigration shelter.

“We provide them medical checkups and they have a chance to exercise and relax during their time at the shelter,” he explained.

However, the refugees’ detention in Thailand is intended to be only temporary, he cautioned.

“The shelters are supposed to be for only temporary detention before illegal immigrants are deported, but in the case of the Rohingya, we cannot really deport them because their home country [Myanmar] does not welcome them,” Gen Pharnu said.

“Now the Thai Government is in discussions with other countries to find a place the refugees can be transferred to.

“I have been assured that the Rohingya will be treated in a way that meets international-standards,” he added.