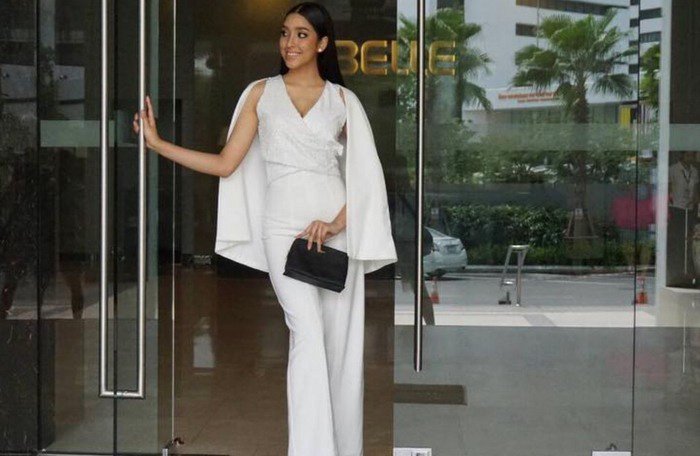 “I can’t describe my feelings in words, I never thought an average girl like myself would have many fans with the audience at Royal Paragon Hall calling out my name. It was the greatest moment in my life,” Nong Yim posted on her Facebook.

“I am very thankful to all the people involved in organizing the pageant, my makeup team and all the fans who supported me. Thank you for giving me such a wonderful opportunity,” she added.

Nong Yim was also among the top five Miss Popular 2015, but lost to this year’s winner Ravinnipa Hamid.

“I would like to thank all the people who cheered and voted for Yim. We never thought she would come to this point today. She is one of the most beautiful gifts for us,” Chairat Watsang, Nong Yim’s father, told the Phuket Gazette today.

“Yim is now busy carrying out public awareness campaigns and highlighting charitable projects in and around Thailand as part of her Miss Universe Thailand duties. She should be back in Phuket in a week or two after arranging her schedule.”

Nong Yim received 500,000 baht in cash, a first runner-up sash and tiara, and a host of other prizes from sponsors.

She was second only to Aniporn Chalermburanawong, from Lampang, who won the title of Miss Universe Thailand.

Ms Aniporn received 1-million-baht cash, the winner’s tiara and sash, as well as prizes from the pageant’s sponsors.