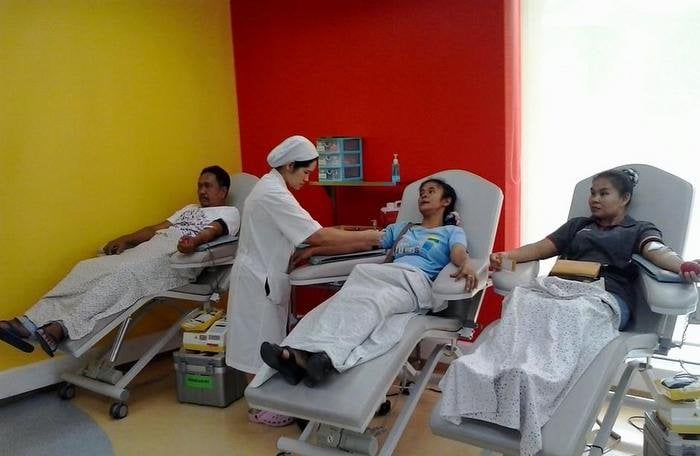 ‘Blood for Mom’ will take place at the PRBC in Phuket Town on August 12. Early donors will receive a complimentary t-shirt.

“Currently we have 515 units of blood on hand,” PRBC Chief Pornthip Rattajak said. “However, we would like to have as much as possible, as we are likely to have more accidents during monsoon season.”

As it is a special occasion, the PRBC, who normally only take donations on Phuket, are hosting a blood donation event on August 7 in Krabi as well.

Those interested in donating blood can also do so at one of the mobile donation clinics to be set up around the island. Dates and locations are as follows: