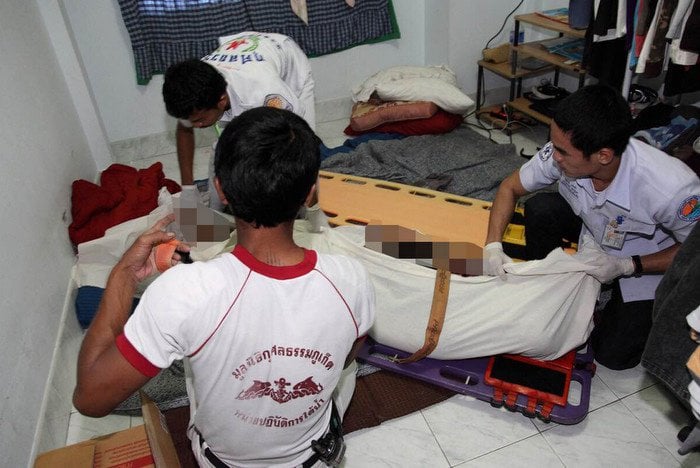 PHUKET: A singer from Hard Rock Cafe in Patong was found dead, hanged by an electrical wire in his home, early this morning.

“We found Niwatchai Srisang, 39, hanging by an electric wire from a bedroom window,” said Lt Charus Lempand of the Wichit Police.

“There were no signs of a struggle on his body, only the mark on his neck.”

Police believe Mr Niwatchai had died at least an hour before his body was discovered by relatives who also live in the house.

“After he got off work in the early hours of the morning, Mr Niwatchai drank with his relatives at home,” said Lt Charus.

“His relatives told us that he went into his room while they were drinking. After a while, they thought it was strange that they weren’t hearing noises from his room and hadn’t seen him leave, so they went to check.

“That was when they found him dead in his room.”

Lt Charus told the Phuket Gazette that Mr Niwatchai’s relatives said that he had recently been having problems and arguments with his girlfriend.

“The relatives believe his death may have had something to do with the problems he had with his girlfriend. However, we will continue to investigate and question other relatives and friends for more information,” said Lt Charus.